A Pestle and Mortar

Many years ago when our curator was a fairly new steward, a visiting bell ringer popped into the museum and enquired as to whether we had any bell metal mortars.

Specific requests like this are quite rare but we have a record system and things can be looked up. Our future curator was thus able to come back with an ‘I’m sorry, nobody has given us one yet’ and then produce a standard pestle and mortar.

Well we still don’t have one made of bell metal but it seemed like time to give our ordinary mortar, complete with associated pestle, an airing on the blog. 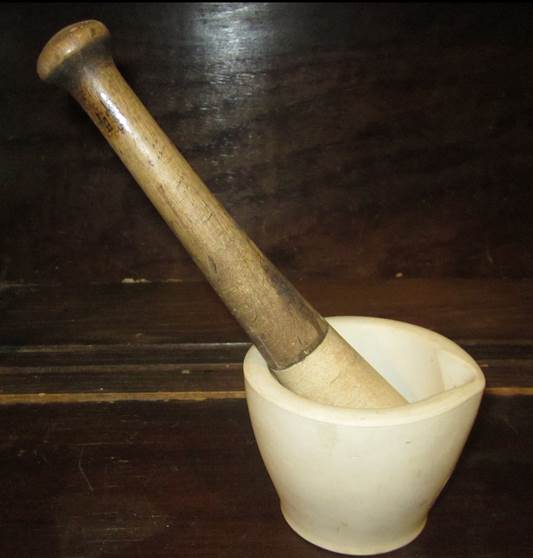 A 19th century pestle and mortar at Market Lavington Museum

They do not look to be an original pair. That pestle (the beating and grinding stick) is surely too big for the mortar (the dish) but both are believed to date from about the 1880s.

The mortar and the active end of the pestle are made of a ceramic material, hard enough so that it doesn’t get worn away, yet not so brittle that it breaks easily. We think the lovely, tactile handle of the pestle is made of ash wood but if that’s a bad guess then maybe a timber expert out there will put us straight.

There are marks on the base of the mortar. 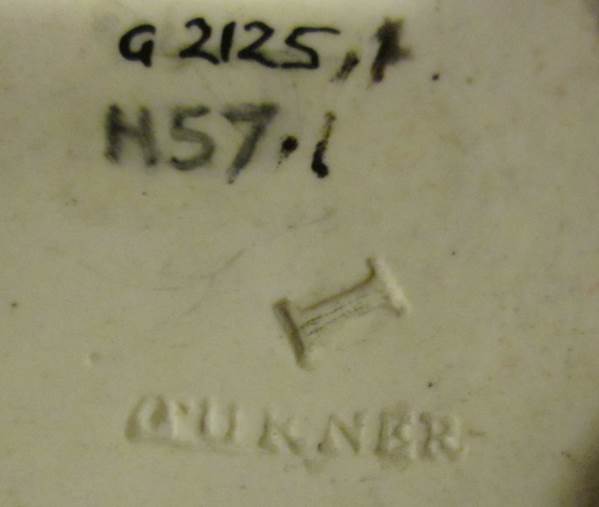 The top two numbers are our museum identifiers. Marking such objects is quite a problem since the marks need to be permanent, yet removable. Suffice to say they are precisely that. The other marks – the large letter I and the word Turner are, presumably, maker’s marks but we have not identified anything more about them.

Our gut feeling is that the hefty pestle would originally have been intended for a pharmacist, crushing his potions whilst the mortar may have been rather more domestic. However, the two items arrived at the museum as one item and had been in the possession of a resident of White Street in Market Lavington.