Undergarments seem to be a feature of our clothes collection. Of course, the museum effectively began with two pairs of Victorian knickers which Peggy Gye acquired when they didn’t sell in a village jumble sale. They were on display last year and this year they have returned to storage. But instead, this year, we have a petticoat parade. 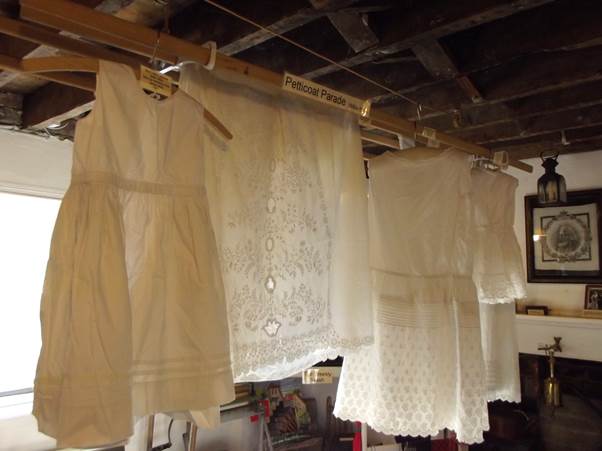 As regular visitors will see, these petticoats are hanging on the clothes airer which hangs over the kitchen table. They date from either side of the start of the 20th century and we can see that they are elaborately decorated.

We may think of these items as being girls’ clothing but we should remember that into the twentieth century, baby boys wore what appeared to be skirts or dresses. One of these petticoats is documented as being ‘for a boy’.

The next photo is not a part of the museum for it is a relative of our curator and was taken in East Sussex in about 1908. 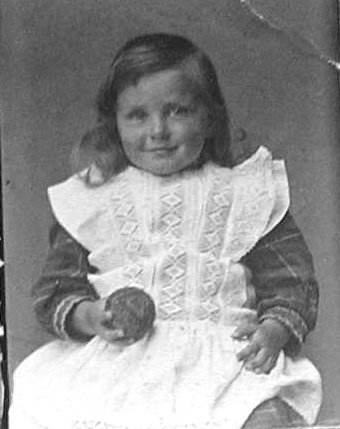 This is a boy. His name was Frank and he was every bit a man when our curator knew him. But as a little chap he was wearing the kind of clothing we see on our airer this year.