Back in the early years of the twentieth century, a burning political topic for many was the thorny question of whether there should be free trade between nations or whether the government should impose tariffs on imported goods to protect home industries and businesses. These matters came to a head at the 1906 election. The issue was portrayed as a large free trade liberal loaf of bread or a smaller, conservative, import tariff loaf.

The liberals won a landslide!

Many felt that free trade did not work when it came to protecting British jobs, particularly on farms and in the countryside. A pro tariff reform organisation produced a handbill for distribution in about 1908. This emphasised the amount of meat and other agricultural produce being imported into the country on one side and the effect on the rural economy on the other side. 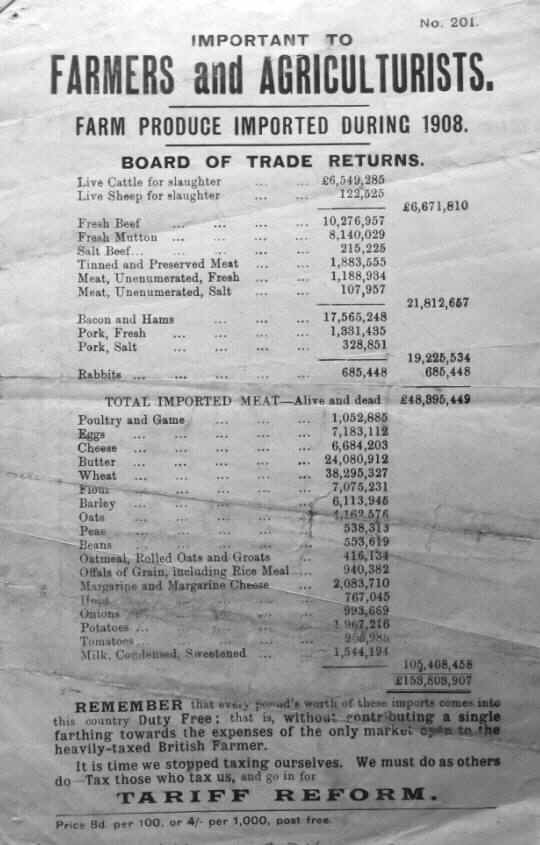 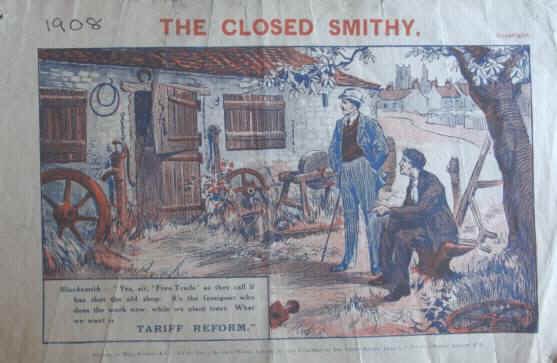 The words allegedly spoken by the village blacksmith

Slogans are so catchy, but it seems hardly credible to imagine that horses were being sent abroad for shoeing, or that the local farmer went anywhere but his local blacksmith when equipment needed repair. But farmers did struggle to keep going at times, so no doubt there was less work for the blacksmith.

In Market Lavington, the Merrit family expanded into the cycle and then the motor-car business.

By the time of the elections of 1910, the burning issue was ‘home rule for Ireland’ so leaflets such as this one probably made little impact.