Brave or what? Standing outside a pub on a pair of scales to see how much weight you have lost. But that is what Mrs Ann Withers, landlady of the old Volunteer Arms, was doing back in September 1976. 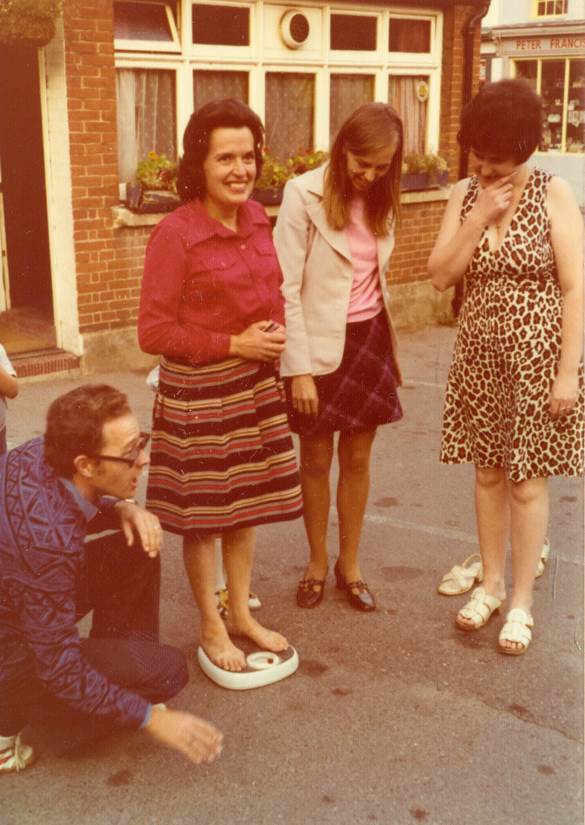 Ann Withers weighs in publicly, to see what weight she has lost – September 1976

The lady on the right of this photo, Mrs Jenny Dolby, was also involved in this slim-in. She was at the Drummer Boy pub

The aim, apart from fitness was to raise money for charity and the two slimmers shed 28 pounds between them to earn £120 some of which went to the Devizes Hospital Broadcasting Service. The balance of money went to a charity for blind people.

There’s a little reminder of another past thing in the background. Peter Francis’s photographic shop is there. That dates from the time before digital photography, the internet and instant messaging. There would surely be little hope for a photographic shop these days.