Norman Neate is a name we have met before on this site. He was the son of James Neate and took over his father’s brewing business, becoming the last commercial beer brewer in the parish.

He was also a keen country sportsman – notably a shooter and therefore he kept and used gun dogs. Norman devised a quick release dog lead so that when a bird was brought down, the dog could be set free to retrieve it. This item was featured as a mystery item at the 2010 Market Lavington fete and, as such, has appeared in these pages. 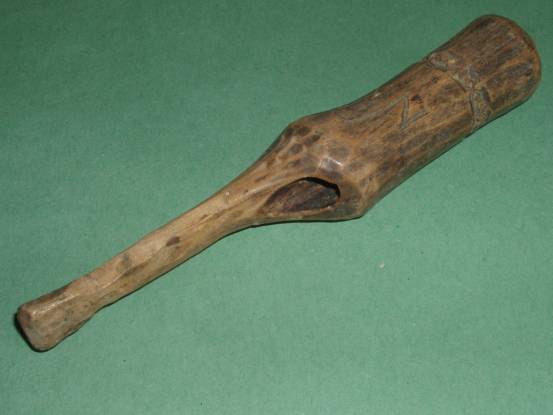 Just how Norman used this device is not entirely clear, but he obviously valued it enough to give it some ornamentation and his initials.

Our present day country sportsmen suggest that to even need this device, Norman must have had a poorly trained dog since a well trained one would have never needed to have been on a lead. If this was the case, then at least the museum has been bequeathed a rather nice item as a result.