A quiet drink at The Green Dragon in the 1950s.

A delightful photo we have at Market Lavington Museum shows three people having a drink at The Green Dragon. 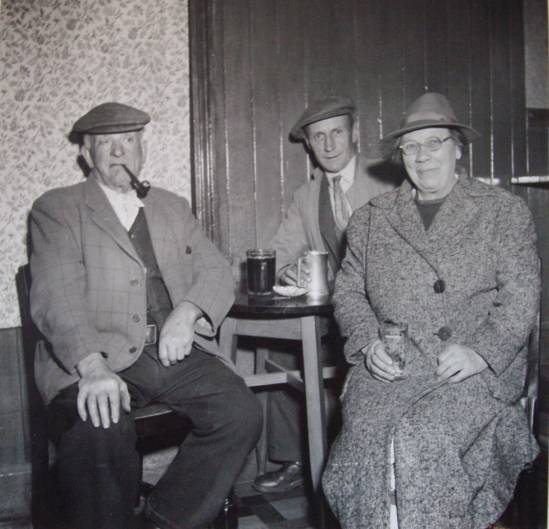 Bert and Eliza Cooper with their son in law, Jack Chapman at The Green Dragon - a photo at Market Lavington Museum

The people all belong to one family and are Mr and Mrs Bert Cooper with their son-in-law, Jack Chapman. The photo dates from about 1956.

Bert, or Herbert Edward Cooper was born around 1881 to Robert and Sarah Cooper. In 1891 he lived on Northbrook in Market Lavington. In 1901 young Bert was working as a pond digger, boarding in Mildenhall near Marlborough. It will come as no surprise to people who know Market Lavington that members of the Smith family – they ran the pond digging firm – were also boarding in Mildenhall.

Herbert married Eliza Ann Pearce in 1906. Eliza had been born in the Warminster area, but it would seem that she spent most of her childhood at Imber, the lost village on Salisbury Plain where she lived with her great grandfather.

Herbert and Eliza had a daughter called Winifred Irene Cooper. She was born in 1909. The Cooper family lived on Northbrook in 1911. Bert was a labourer.

Herbert died in 1956 and is buried in the churchyard of St Mary’s, Market Lavington. Eliza, his wife, joined him in 1968.

One thing that has very much not gone to its grave is the Green Dragon, which is alive and prospering still, in Market Lavington.