This year, Market Lavington Museum is celebrating the Queen’s Diamond Jubilee with a look back at past royal occasions.

Those of us over about 36 will remember the euphoria which surrounded the marriage of Charles, Prince of Wales and heir to the throne and Diana Spencer, his young and pretty bride.  ‘The Fairytale Romance’ was a common phrase at the time and a royal wedding certainly lifted the spirits of a country beset with problems. We had country-wide riots, hunger strikers in prison in Northern Ireland and world leaders being shot at, to give a few examples. A royal wedding was just what was needed to give us all a feel-good factor.

In Market Lavington, we had street parties and today we feature the party at Northbrook. 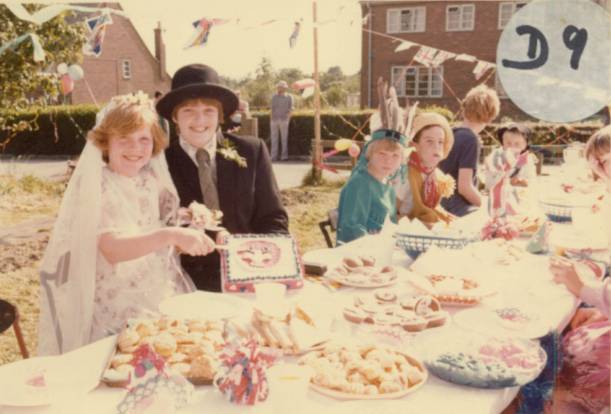 Children at the Northbrook, Market Lavington, street party for the marriage of Charles and Diana in 1981

Here we see, from left to right, Mel Sadd and Belinda Matthews as the happy couple. Further down the table there’s Lee Clarke, Adrian Matthews, Kerry Sadd and Si Frost. They are tucking into a good spread of party fare. As we can see, it was very much a fancy dress party – and that wasn’t confined just to the youngsters. 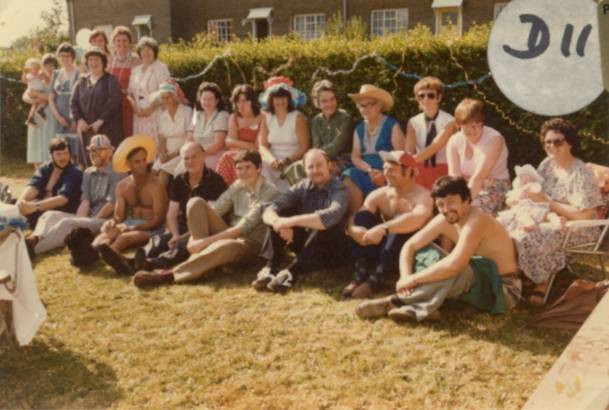 Here we can see adults and a couple of babies as the evening part of the party fun began.. By now, the fancy dress was largely discarded.

Happy days – and happy memories for some folks.

Sadly, of course, the fairy tale marriage came to an end.  That’s different from the Northbrook couples. Their marriages seem to last well.