Market Lavington Museum is nominally shut, although we have decided to have a couple of openings during the Christmas period (27th and 28th December form 2.30 to 4 pm). But work is already underway on a Royal themed display for Diamond Jubilee year – 2012.

The one royal visit to the area that we know about was the one made by Princess Anne to open an extension to the jam factory in Easterton in 1985. We have memorabilia from this event and today we show a picture published in the local paper, the Gazette and Herald. 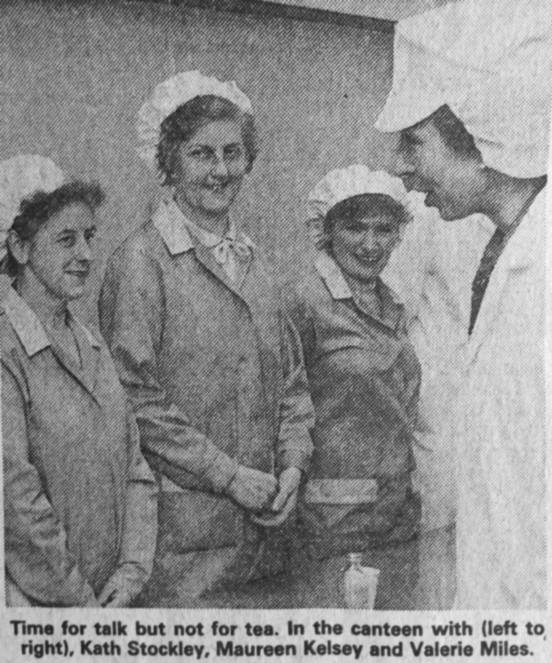 Princess Ann with jam factory workers in Easterton in 1985

It is good to get a picture of Ann with the ordinary workers at the factory and here we have Kath Stockley, Maureen Kelsey and Valerie Miles.

A look at a current edition of the newspaper shows just how far newspaper printing has come on in 25 years. All photos are now colour and they are nothing like as dotty in appearance. The photo above has been smoothed by computer trickery to improve it.

Old newspaper photos will not form the bulk of our display next year for we have many photos of local celebrations of royal events in the past as well as other artefacts.