Amongst what we call ‘The Treasures of Market Lavington’ is this rather odd looking bottle. 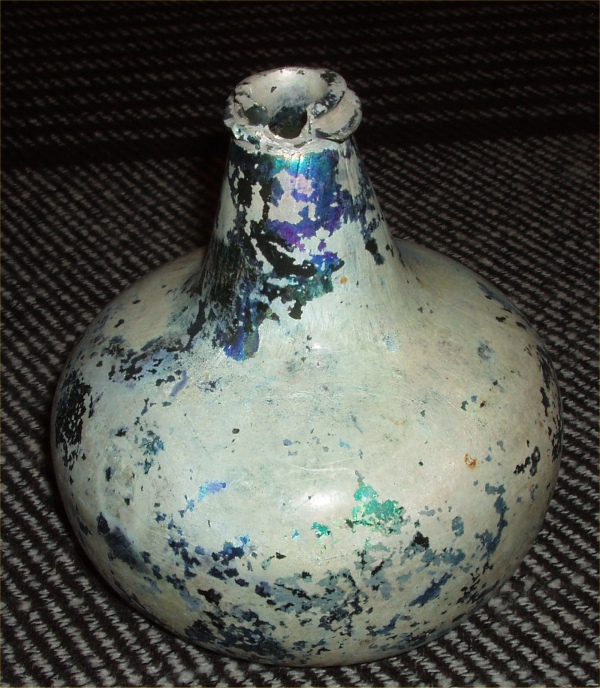 An 18th century sack bottle found during road works at Northbrook, market Lavington in the 1930s

This was an object, considered so worthless that was thrown away. Presumably the damage around the neck of the bottle made it unfit for purpose.  It is classed as a sack bottle. Sack was a name given to some wines. It is believed that sack is a corruption of sec – a dry wine.

This bottle dates from the early 18th century and came to light when road works were carried out at Northbrook in the 1930s.

Pairs of similar bottles have been found built into house walls. People believed this would ward off ill luck.