Not every item should come to a museum. Some artefacts are very much family memorabilia and as such should stay with the family – if they still want it. The scrap book we feature today is a case in point. It was compiled from news and magazine cuttings between about 1935 and 1940. Much of it is national news – mostly in pictorial form and much more is about horses, a big interest of the compiler. She was Lizzie Merritt and she lived at Vicarage Farm in Easterton.

A few of the scraps are of local interest. How lovely that descendants of Mrs Merritt have allowed us to copy these pieces. Small news items can help to paint a fuller picture of life in our villages.

But let’s look at the scrapbook cover first, for that has real charm. We have no expertise as to the original age of this scrap book but we guess at the 1930s 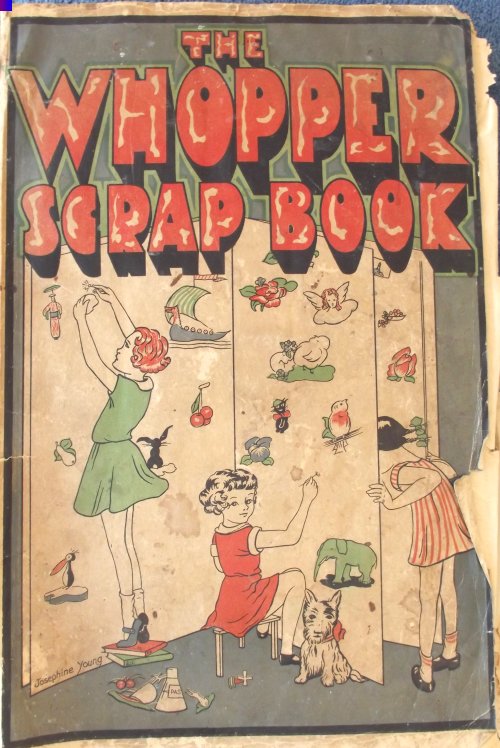 Now to some contents and what we have is a photo taken in Market Lavington Market Place in about 1935. Do remember that newspaper photos of that era were not good quality. 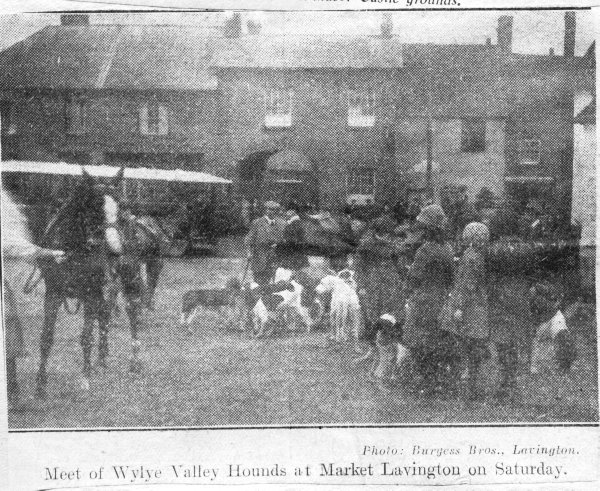 Market Lavington’s market place in 1935 – one of the press cuttings in the scrap book.

The caption tells us most things (but not the date!). We can see the hounds of the Wylie Hunt at a meet in Market Lavington Market Place. The photo is credited to Burgess Brothers who had their premises just round the corner on High Street.

Perhaps the most interesting point is the archway which is next to the butcher’s shop. This is where Woodland Yard is now, approached via a much wider entrance. The archway was removed when the yard was owned by the agricultural engineers and farm machinery got too big to pass through the arch. That was in about 1960.

Of course, hunts are no longer the feature of the countryside they once were. We’ll be fence sitters on this issue – except to say that at a museum we record and preserve.