Items keep arriving at Market Lavington Museum – all of them with a connection to the parish. A recent addition is a shepherd’s crook which, belonged to Harry Edwards.

At the museum, we don’t know much about Harry or his wife Ethel. We know both were born near the end of the nineteenth century, but we do not know where.

We believe Harry (his full name was Henry Thomas Edwards) was in the local Home Guard platoon during World War Two. He and Ethel Mary lived on Church Street, next to the Old School. Harry died, aged 79, in 1976. Ethel lived until 1989 by which time she was 91.

People who knew him say he was a shepherd looking after sheep on Salisbury Plain. This must have been on the edge of the hills, for, most of the Plain had been an artillery range during Harry’s adult life.

There are still sheep kept close to the centre of the village of Market Lavington and here we see one such beast framed in the business end of the crook. 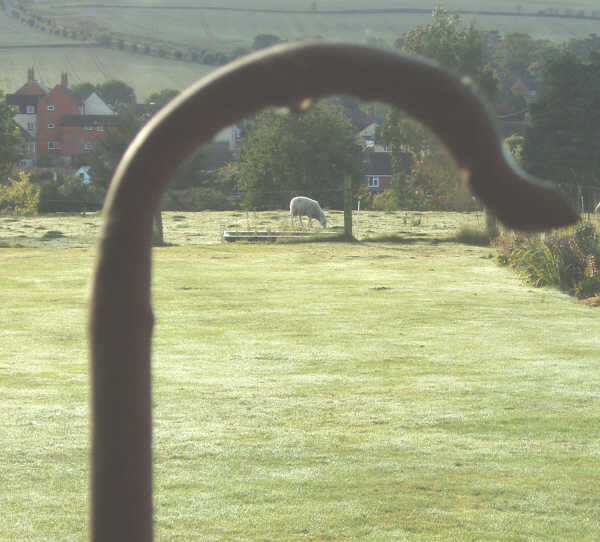 A sheep is framed by Harry Edwards' shepherd's crook

Beyond we can see some of Rochelle Court, Bouverie Drive and High Street. The curator would love to learn more about Harry Edwards. Can you help him?