A Souvenir of Market Lavington

Today we have a postcard sent home by a soldier visiting a camp on Salisbury Plain. It is a multi-view card. 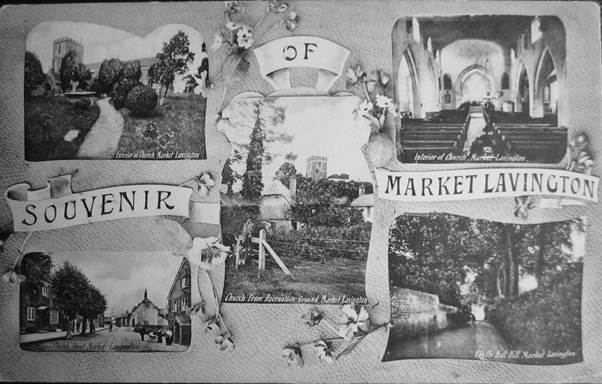 The five views shown are of the church, exterior and interior at the top, the church from the recreation ground in the middle, Church Street and Clyffe Hall Hill. 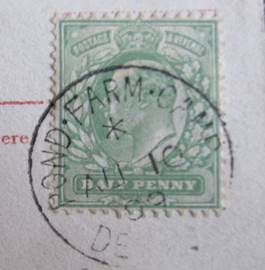 The card was post with a half-penny stamp and it carries a Pond Farm Camp post mark. The day and month are clear – August 10th. We think the year is 09 – 1909. 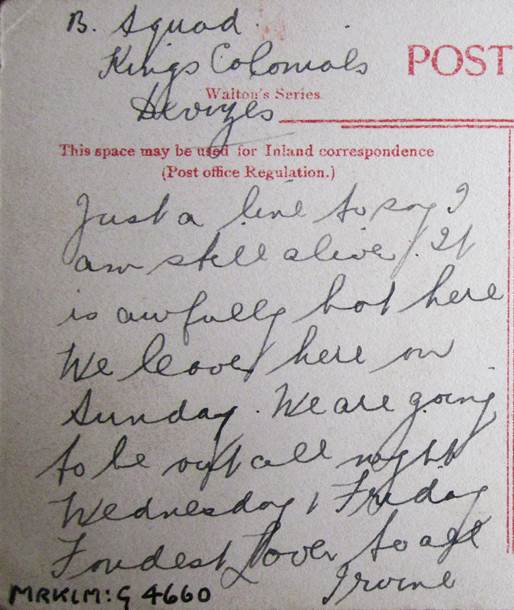 Card message – from brother to sister.

The message is typical of the era – basically saying I’m still alive with a little bit of news. It appears to be sent by a chap called Irvine.

The card was in Walton’s series; presumably this was the Mr Walton of the Lavington Supply Stores. 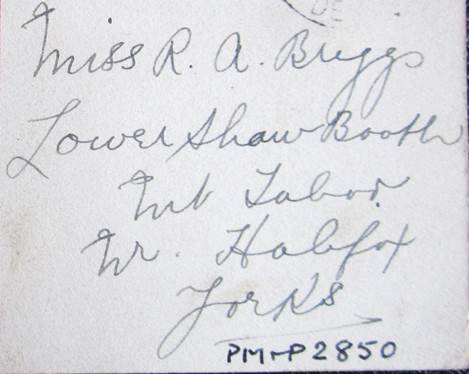 The recipient was Miss R A Briggs. Ruth Ann Briggs was about thirty at the time, a single lady living with her mother and great aunt. She was a worker in worsted manufacture. The family came from and lived in Halifax in Yorkshire.

She had a younger brother called Irvine Briggs so we expect it was him who sent the card.