The Bible is said to be the world’s best selling book. It means bibles are common and something special is needed to make them worthy of inclusion in a museum.

One given to Market Lavington Museum recently does have coloured plates to accompany its King James Bible text. 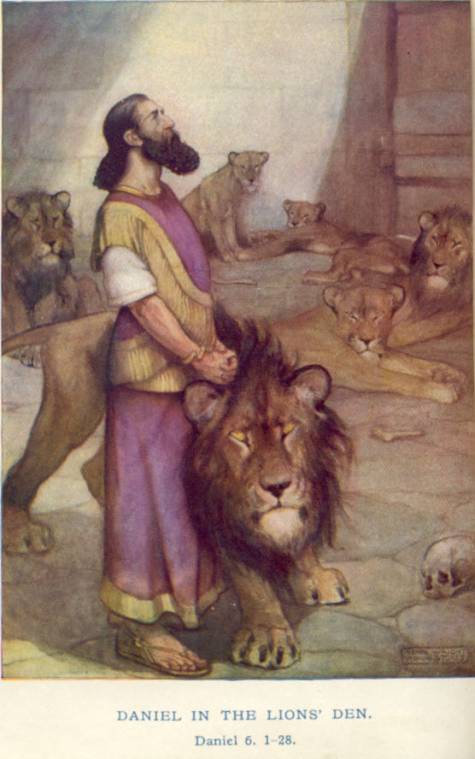 Daniel in the Lion'a Den - a biblical image

But what makes this bible special for us is the inscription. 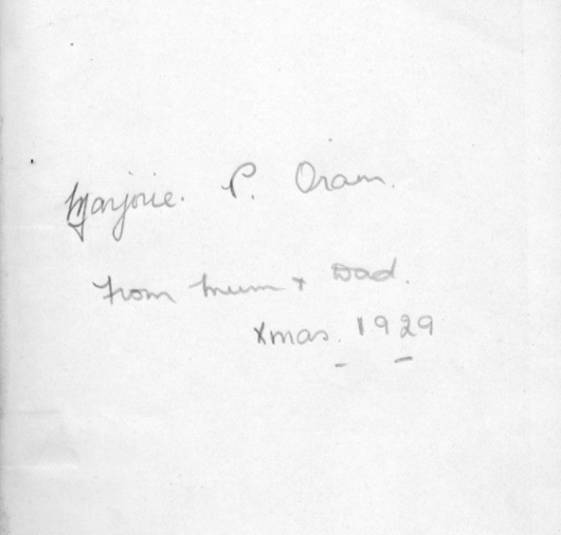 Inscription in the bible. Marjorie Oram and her parents, Henry and Matilda were Market Lavington residents.

So, the bible was a gift for Marjorie P Oram from her mum and dad for Christmas 1929.

Marjorie was born in 1910 although anybody seeking her birth record had better type her name as Margery. In 1911 she was the youngest of seven children of Market Lavington born Henry Robert Oram, a bricklayer and his wife Matilda. Matilda had come from Imber.

In 1947, both Marjorie and her father were recorded by a Pathé news reporter who was dealing with a story about very heavy bombing on the ranges causing damage to houses. This 1 minute’ news clip is available on line (in preview quality) at http://www.britishpathe.com/record.php?id=13727. In this amusing film you will see and hear Marjorie, her father Henry and also Charlie Davis standing at the gate of his Northbrook house.

Henry died in 1953 and Marjorie in 1984. Marjorie has children still living in Market Lavington. It got quite emotional when Ted, one of her children saw the clip for the first time ever, recently.

Charlie, too, has relatives still in the village. His nephew is Keith at the newspaper shop.