There has been a programme on TV recently about household items that caused death in Victorian homes. We’ll move on a generation here and find an object from the 1930s which looks utterly lethal – a sun ray lamp. 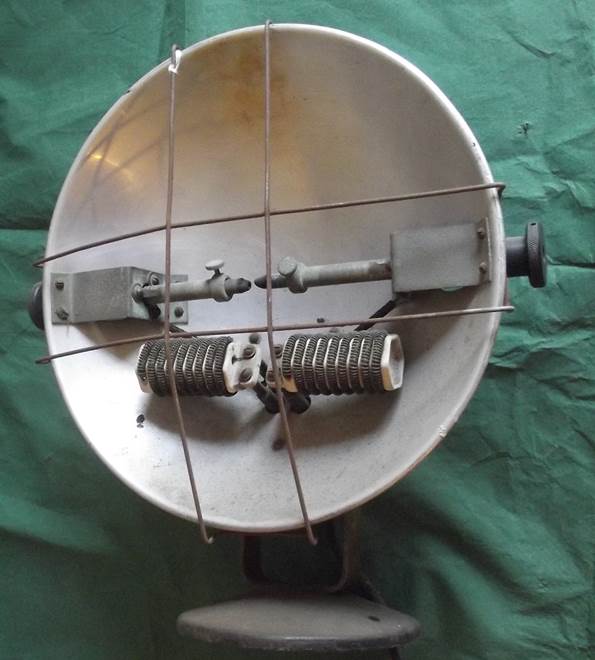 And that’s it. We appear to have a reflector behind a couple of radiant electric coils but at the centre are a couple of carbon electrodes and if they were the right distance apart an electric arc would pass between them.  The protection from prying fingers is just about nil. But then, the aim was to let the heat, light and UV radiation reach a person. And those carbon electrodes would have needed regular adjustment. I expect most users turned them off before grabbing hold of live bits! 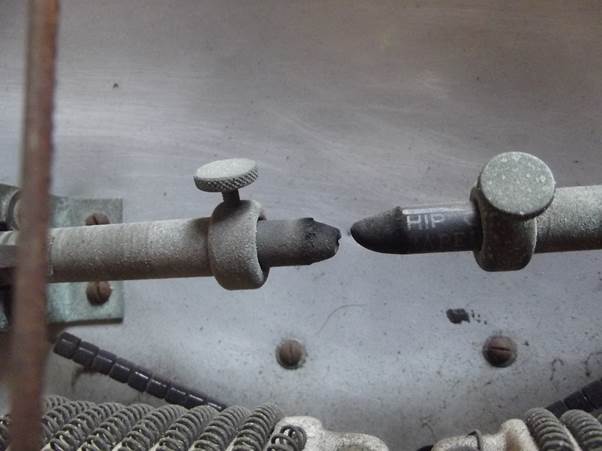 The whole item was powered from the mains via a low current 2 pin plug which means all that metal work was unearthed. The plug itself probably got nearly red hot which, maybe, was why it was fitted with a boot lace to pull it out of the socket. 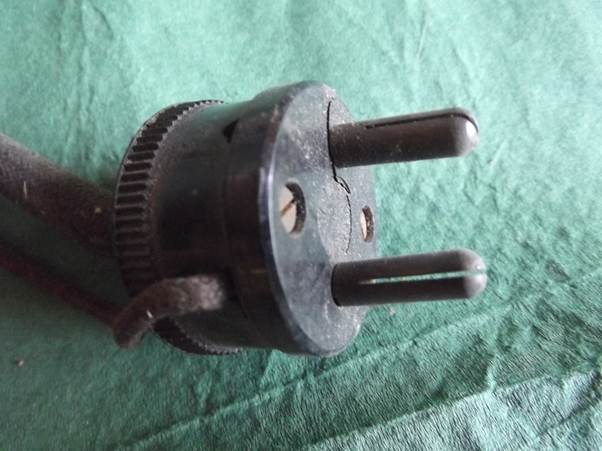 The plug (and the flex as well) appear lethal to 21st century eyes.

This altogether unwholesome device belonged to a White Street (Market Lavington) resident who lived to a good old age.