These days most people would have no idea on how to cook on a kitchen range. It was a work of skill getting things to the right temperature with judicious addition of fuel and control of dampers. And of course, at the same time you actually had to manage the food as well. It’s so different from our ‘touch of a button’ life with technology managing the heat leaving the cook free to deal with the food.

Back in those old days all sorts of extras were available. What we are looking at today is called a trivet. This one could be clamped onto a range and used to keep a pan warm in front of the stove. 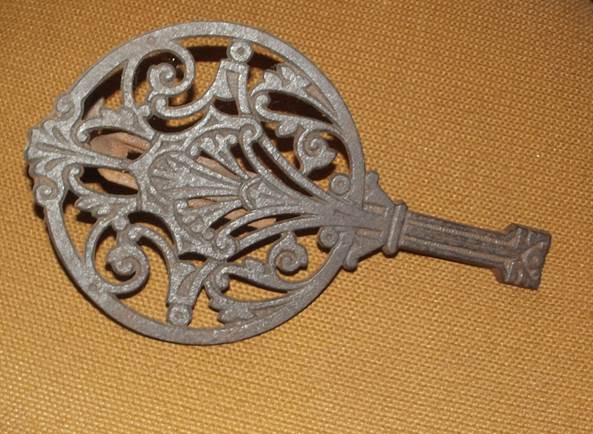 As we can see this is quite an ornamental piece of cast iron. A utilitarian item could quite happily be cast into something which was ornament as well as useful. The underside, with the clamp, is more complex. 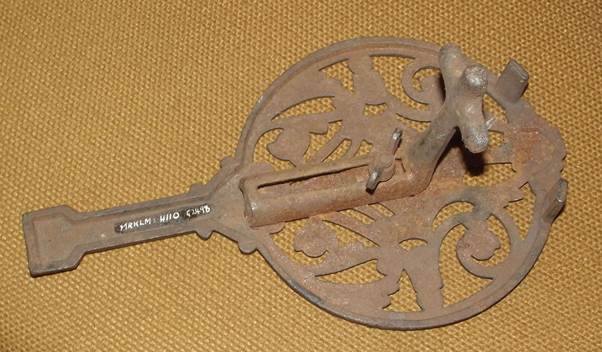 Underside of trivet with adjustable fastening

There’s a wing nut to enable adjustment to be made. The trivet could be held at varying distances from the fire.

This trivet is believed to date from the late 1800s and had been used by the Gale family of The Spring in Market Lavington. Presumably, it had been unused for some time when it came to the museum back in 1987.