During the Second World War the phrase, ‘make do and mend’ was vital. Much production was turned over to the war effort, which meant fewer goods were made to support normal life. As well as that, raw materials from overseas were in short supply and rationing was in force along with coupons, which controlled just how much people were allowed to buy.

These problems all made people think ‘out of the box’ if they had a problem that needed to be solved.

The Gye family clearly had a problem with a need for pillowcases and this was the solution they came up with. 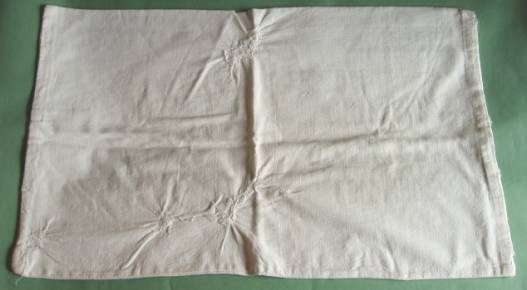 This looks ordinary enough – a white, linen item, perhaps a little coarser than an average pillowcase and clearly darned in places to prolong its life. But look closely and on the right hand side you’ll see some faded printing. 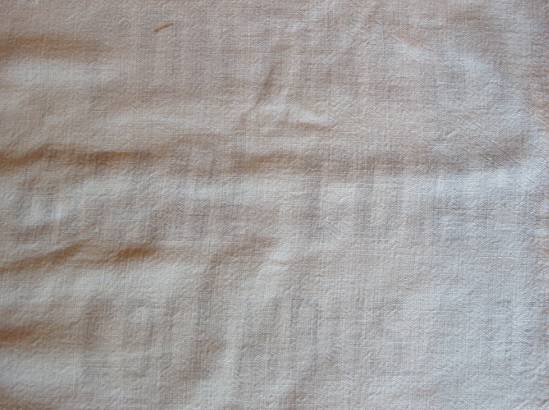 Printing on the pillowcase gives away its soya bean sack origins

This pillowcase has been made from a sack – an American dried yellow soya bean sack to be precise. These sacks were advertised in ‘Exchange and Mart’ and many people found they made good tea towels – ideal when cloth was rationed.

The printing on this one tells us that the bean company was in Columbus, Ohio and that the sack, originally, held 100lb (pounds weight) of the beans.