Winter work, preparing for the new season, continues apace at Market Lavington Museum. Our tableau of mannequins on the settle received much favourable comment last year and they’ll be there again this year – but in different guises. This year we’ll be featuring a shepherd, complete with his crook and shears and wearing his smock and gaiters. Our photo shows him as a work in progress. 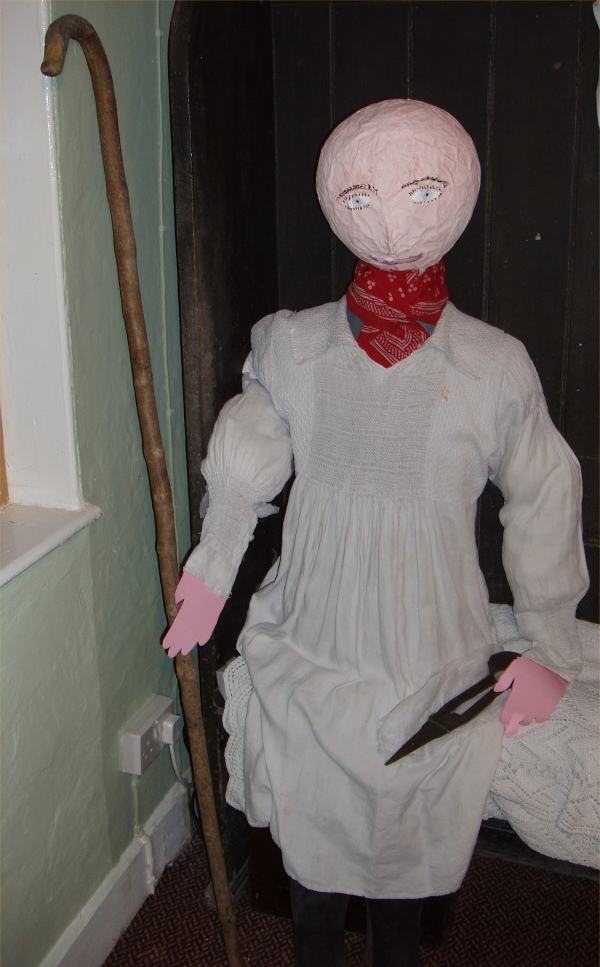 Wedding smock made for Charles Smith by his bride, Mary Edwards. This smock is at Market Lavington Museum

The smock is a delightful item. It was made from linen and it is heavily embroidered and has smocking to the cuffs, collar, yoke and shoulders. It was made by Mary Jane Edwards who married Charles Smith in 1877. He wore it for their wedding and later had it as a best smock.

Charles Smith was Market Lavington born in 1853. He was a part of the well known local family who made dewponds.

Mary Edwards came from Everleigh to the south east of Pewsey. Her father was a farm worker.

In 1881 Charles, Mary Jane and their first two children lived on High Street in Market Lavington

In 1891 the family home was on White Street which was the centre for the wider Smith family. Mary Jane was at home with five children in 1891. Charles was in Nether Wallop in Hampshire, pond making.

In 1901 Charles was away again, at Chute in Wiltshire with his son, also Charles, assisting him making a pond. Mary Jane was at home on White Street, Market Lavington with 6 children. Charles and Mary were still on White Street in 1911.

Charles died in 1924. Mary lived until 1938. Both are buried in St Mary’s churchyard in Market Lavington.

This smock was a gift from former Market Lavington teacher Sybil Perry who was related to the Smith family.