In a museum some items are special for what they are and some for who used them. Some, of course, are both and perhaps this is one of them although as an object it is fairly ordinary and a bit battered. It is a writing case.

A 19th century writing case, once used by the Welch family and now at Market Lavington Museum

The case, of course, opens. 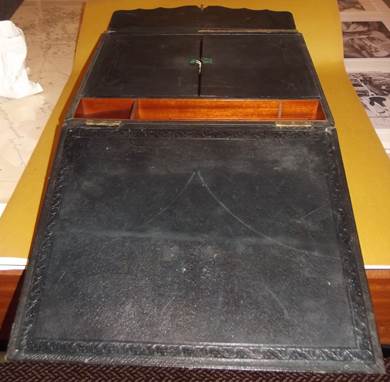 The case opens to reveal a writing slope and storage space

It becomes a large item, with a writing slope and beyond that storage capacity for writing essentials 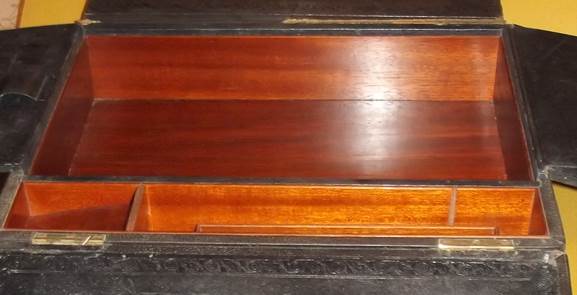 The storage box is smartly made in wood

Here we have a compartmented box and alongside, on the wings there is storage for pens and paper. 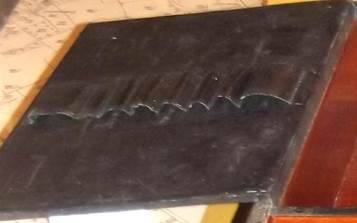 Storage for pens in one of the wings

This late 19th century writing case was made by Milne of Hanover Square.

The maker’s name embossed on the outside

This, we think, was in Edinburgh.

However we have no doubt that it was members of the Welch family that used this case in Market Lavington. Peggy Gye, our founder was a member of the family and it was her grandfather who first used this case, no doubt as part of his duties as a secretary.

So, it really is an interesting item and it was used by a truly local family.