A number of medicaments from the First World War era have come to the museum from Rose Crouch. This pack of absorbent cotton is an example. 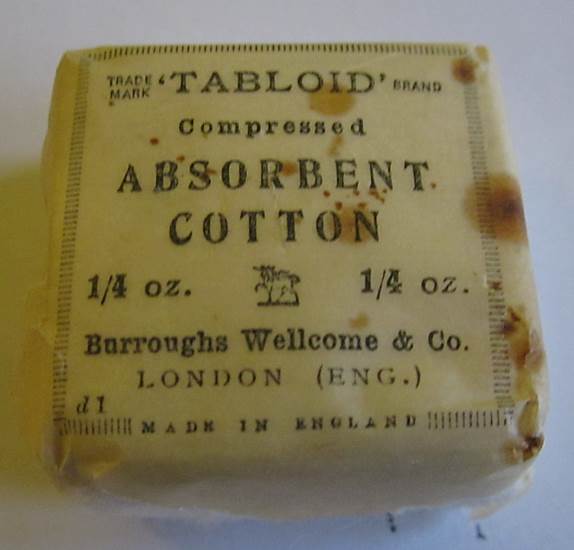 This is a cube like package – about an inch cube but it contains a quarter of an ounce of compressed cotton. It dates from about 1914-18 and no doubt would have been the kind of stuff used for emergency, albeit minor, first aid during the conflict.

Mrs Crouch was born as Rose Hiscock in 1904. She was the youngest of ten children born to James Hiscock, a house painter and his wife Amilea. Eight of the ten were still alive at the time of the 1911 census Rose had older brothers who fought for their country during World War One.

Perhaps some of the boys came home to recuperate from injuries – for it seems it would have been this Hiscock house on High Street, Market Lavington that had the stock of medicaments and first aid gear.

We will soon be preparing for the 100th anniversary of the start of World War One. We have received some personal stories about Market Lavington folk, but we still seek more.