Today we are looking at more of the adverts that Harry Hobbs had at his High Street shop in Market Lavington and today we concentrate on one product still available today – porage oats.

Please don’t comment on the spelling. Yes, we thought it should be porridge as well. But on these adverts it is clearly porage.

Here’s one ad – a cheery Scottish lad is full of the right stuff and by him is a packet of Scott’s Porage Oats featuring its well-known shot putting Scotsman. 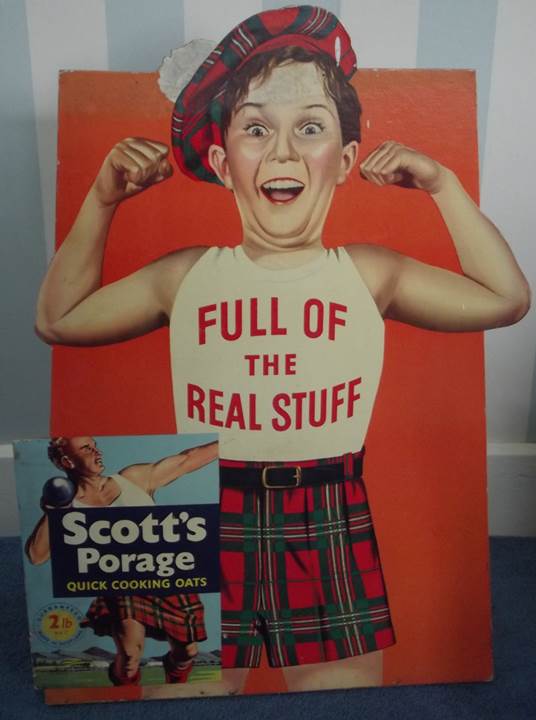 Our other ad for this product features a giant packet of porage with an insert in the top of it. 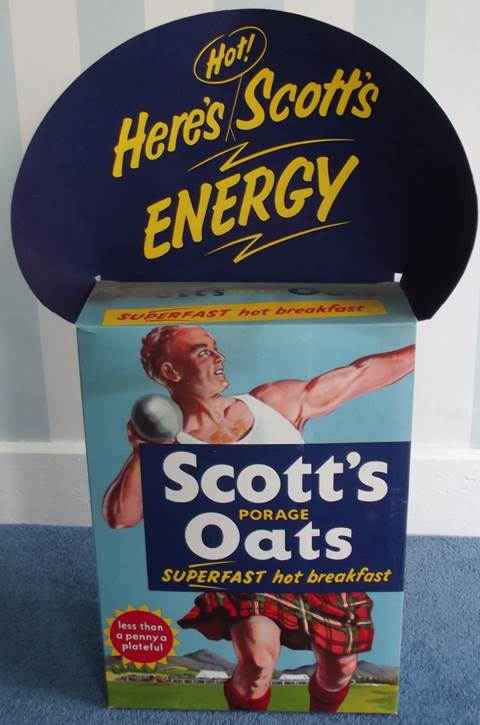 The interesting addition on this packet is the cost of a plateful. 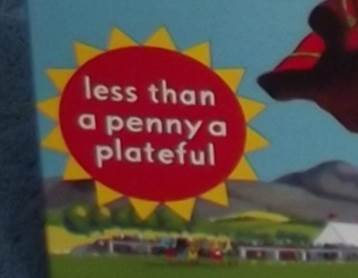 ‘Less than a penny a plateful’

It’s said to be less than a penny a plateful – and this would be the pre-decimal penny and there were 240 of them to the pound.

We are sure these ads will bring back memories for many a person of a certain age.