This document is not specific to Market Lavington but refers to the whole of Wiltshire and other counties. The Wiltshire wage is compared with the highest and lowest wages paid elsewhere at various times in the 18th, 19th and 20th century. 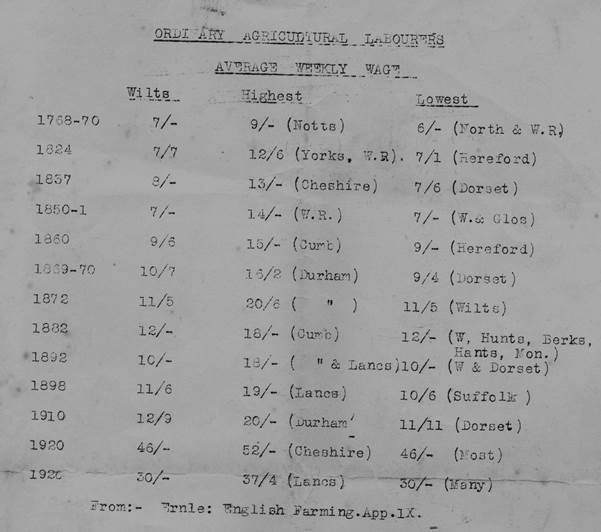 We can see that the Wiltshire farm labourer was amongst the lowest paid getting something akin to just two thirds of the best paid and sometimes little more than half.

Let’s take that 1892 figure of 10 shillings per week (which is equal to 50p in decimal money). Changes in value are difficult to calculate but goods that cost ten shillings in 1892 would cost about £50 now. In fact a present day farm worker probably earns £300 a week and would still be classed as low paid. It gives an idea of how impoverished our Victorian labourers actually were.