Earlier this month we featured a badge that had belonged to a fireman. That’s a fire fighter, rather than a man who managed the fire on a steam locomotive.

That fireman was Alan Baker, known as Shuner. We have now been given a bit more of Shuner’s memorabilia..

Let’s start with his service certificate. 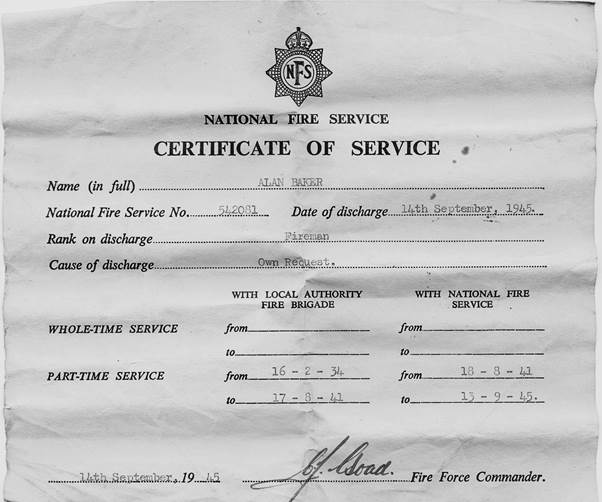 This document tells us that Alan joined up as a part time fireman on 16th February 1934 and he left at his own request on 13th September 1945. We know he was attached to the Market Lavington brigade although the certificate does not mention this. It does indicate that local authority brigades were, in effect, nationalised into a single service in 1941.

Shuner, as an established fireman, was not called up for army service during World War II. But a grateful country recognised his service (and others like him) with an award of the Defence Medal.

The medal was posted to Alan in a small brown package. 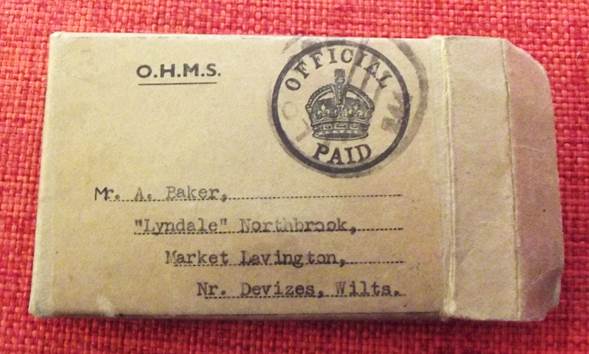 The package certainly told anyone who saw it what it contained. 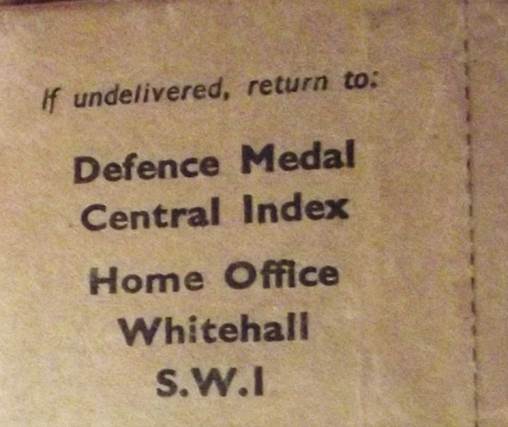 The package contained a Defence medal

Inside there is a duplicated ‘letter’ from the Home Secretary. That would have been James Chuter Ede at the time. 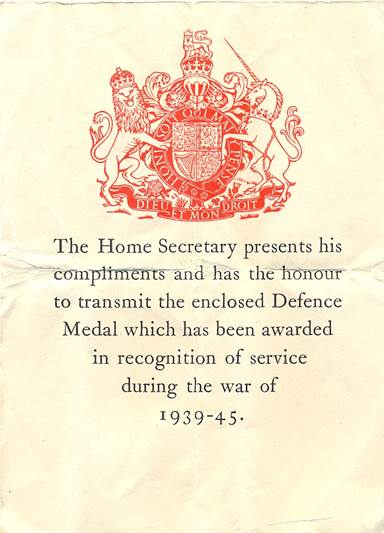 Accompanying letter from the Home Secretary

The medal itself has no recipient name on it. 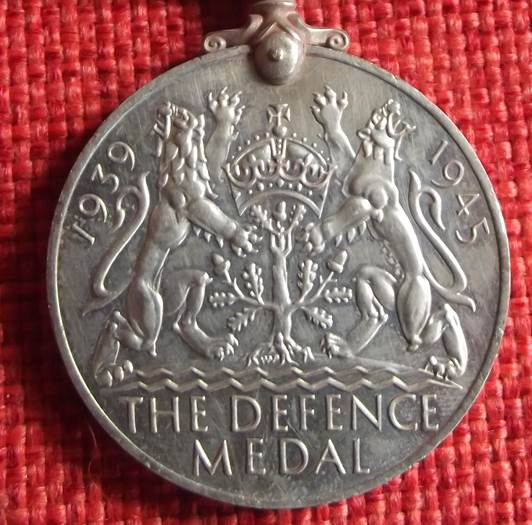 The reverse side of the medal

We’d like to thank Shuner’s son for donating these items to the museum.