Market Lavington has been really lucky to have a resident professional photographer since the 1880s. Our first was Mr Alf Burgess who set up his premises on The High Street in 1886. 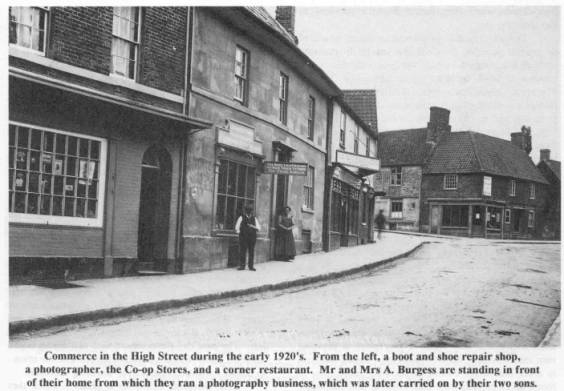 Alf Burgess and his wife Marion outside their High Street, Market Lavington shop

The caption on this photo is wrong, for Alf Burgess died in 1918.

Much of the work of a photographer, in those days, was taking studio portraits, but the Burgess family also got out and about, recording local scenes. 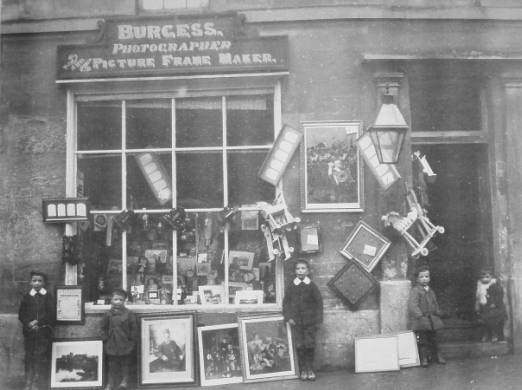 Here we see his shop front, in about 1895, and we can see that he sold more than just his skills with the camera and the enlarger.

The five children in the photo are his own family. It looks as though Alf and his wife Marion had a market for the toys they sold.

After Alf’s death, the firm became Burgess Brothers in which form it continued until after the Second World War.

If you have interest in this branch of the Market Lavington Burgess Family then do visit the museum which is open from May to the end of October on Saturdays, Sundays, Wednesdays and Bank Holidays from 2.30 to 4.30 in the afternoon. Please contact the curator if you would like to visit at other times. We have many artefacts which relate to this family of photographers.