No, this is nothing to do with asking all passengers to alight from a bus. It just shows a part of Market Lavington which looks entirely different now, from when the photo was taken. We believe that was in 1967 – some 48 years ago. 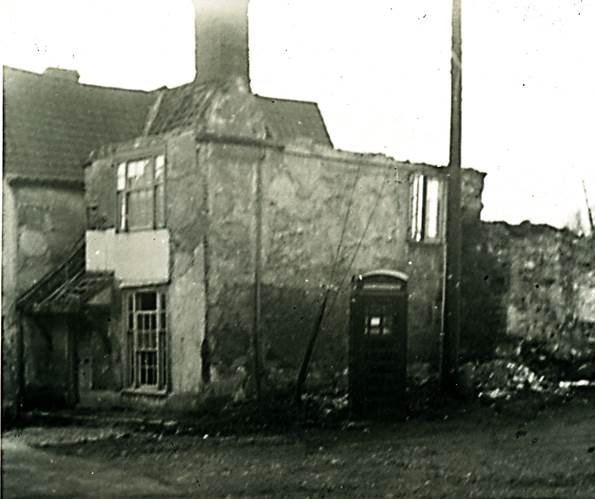 We are looking at a corner of the Market Place. It is the corner closest to the Co-op shop. Back then the village centre phone box was in the Market Place. It got moved to the crossroads and is still there but probably gets very little use now. The end building was in the throes of demolition when the photo was taken. That included the gable end and tall chimney we see. At least the remainder of that building survives as the Co-op, now the only grocery store in Market Lavington and Easterton.