All gone, but not forgotten. That phrase applies to the man-made bits of this photo. 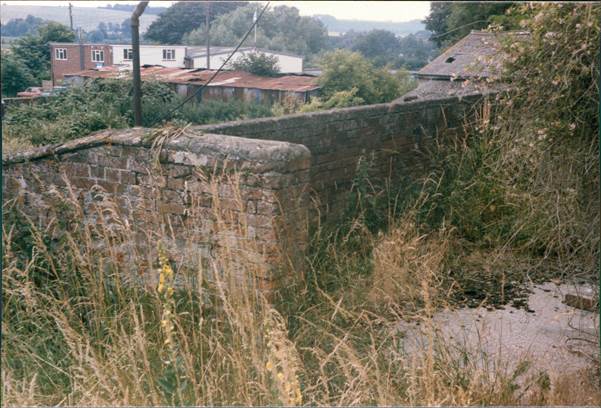 A photo taken at Grove Farm, Market Lavington in 1986

In the foreground we have the pens and yards associated with Grove Farm and behind them, on the right hand side there is the farm house.

At that time it all looked sad and derelict but of course it had been a tidy and well kept working dairy farm. When the Francis family had it they sold milk from buckets which they took around the village on bicycle handlebars.

Down below the house and to its left are various sheds which were also part of the farm.

This whole site is now where the Community Hall and car park stands. This new building has done much to maintain and revive community spirit in the area.

Those corrugated iron roofed sheds lined the road and opposite them, the brick and white building was the garage set up by Eddie Haines. Later it became Shires Garage and then that, too, was swept away and became the little housing development now called Shires Close.

Not all changes are for the worse. We might and do regret the passing of farm and garage which offered employment to people within the village. But it can’t be denied that the newer arrangements are neater and tidier.