An alternative to the flat iron

Before electricity, getting creases out of clothes was a job for the flat iron. These were heavy chunks of metal which were placed on a stove to heat up. When they reached what was deemed a suitable temperature they were used to press out the creases from the washing process. Meanwhile, if you had two such irons, a second one was warming on the stove.

Alternatively, you could have a Dalli or, as we have at Market Lavington Museum, its smaller version, the Dallinette. 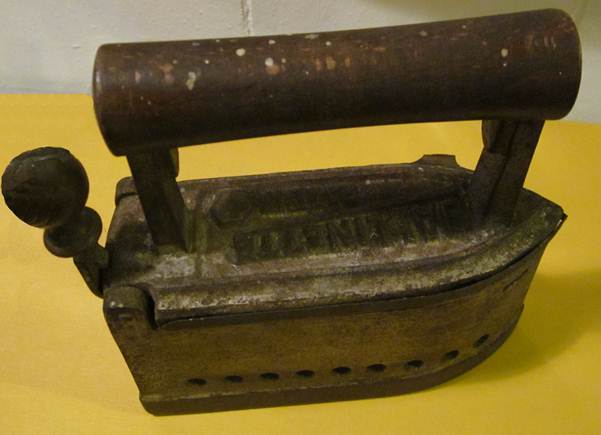 A German made Dallinette iron dating from about 1912. This item is at Market Lavington Museum 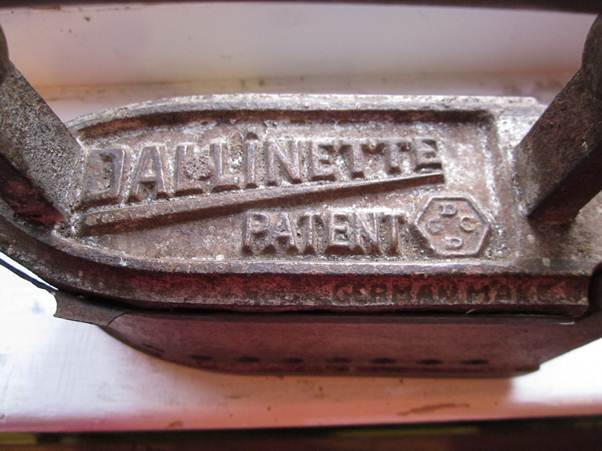 These irons, of German origin allowed users to open them up and put smouldering charcoal inside. This enabled them to maintain heat.  A damper allowed some control over temperature by altering the airflow to the fuel. It was operated by the large knob at the back of the iron.

The fuel chamber in the Dallinette

The top of the iron opens to allow the fuel to be loaded and ignited – and then one iron was all you needed. Adverts made great play of this advantage over flat irons. 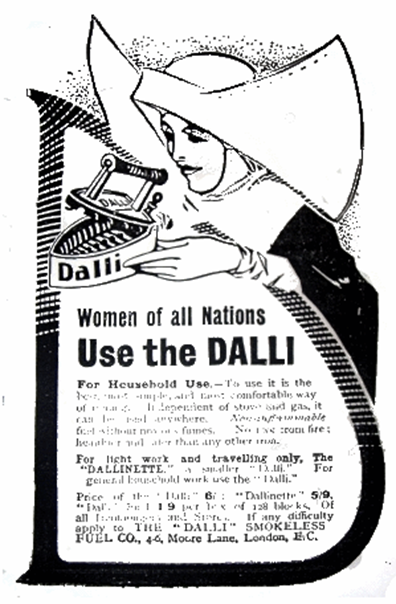 An advert for Dalli irons

This advert is undated, but makes it clear that the Dalli was pure and perfect. It also indicates that our Dallinette was really for light work and travelling. Another advert claims that the Dalli promotes peace and harmony in the laundry. In part this was because ironing could be done without a hefty and hot stove, needed to keep flat irons warm. 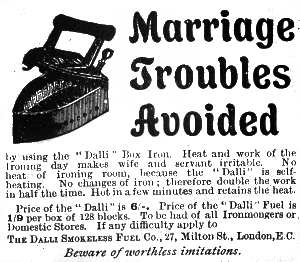 The Dalli even solved marriage problems!

Both ads come from a wonderful website at http://www.oldandinteresting.com/dalli-irons.aspx

Do take a look if you like old and interesting things.

We think our Dallinette dates from about 1912. They were in production from the end of the nineteenth century until about 1930.