Here we have another find from the old recreation ground. This is a uniform button which is clearly marked A T C which stands for Air Training Corps. 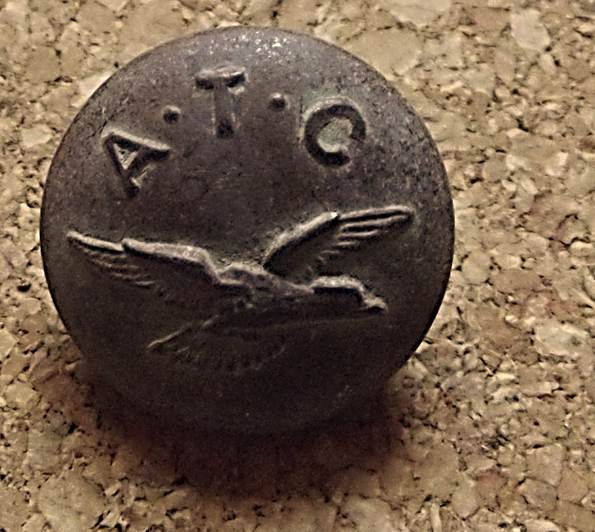 This organisation adopted that name in 1941 so the button dates from some time after that. Its purpose was to be a kind of youth wing of the Royal Air Force. It gave youngsters some basic training which might have helped if they went on to join the RAF.

This badge has an added poignancy for the old recreation ground was a possible site for a First World War air strip – a thing we know about from Jack Welch’s letters home. Jack was a serving soldier in World War One. In his letter home on May 20th 1918 he wrote:

‘An aerodrome out in the Recreation Ground is getting a bit too close isn’t it? Lavington must be very much altered especially with the felling of so much timber.’

So it certainly sounds as though a story about this reached Jack. And as home was either Meadow Cottage or adjacent Spring Villa then yes, it would have been very close to home.

So, although more recent, this button points out what might have been nearly 100 years ago.