Baden Powell published his ‘Scouting for Boys’ in 1908. The response was immediate. Scouting groups were formed rapidly in this country and abroad.

In Market Lavington, so far as we know, the first group was started by Helen Awdry. We do not know if this was Margret Helen Awdry, wife of Charles who owned the Manor House or their daughter, Helen Elizabeth.

At the time of our photograph in 1914 Margaret Helen was a widow, approaching 70 years old so perhaps it was the daughter, Helen Elizabeth who would have been about 25. 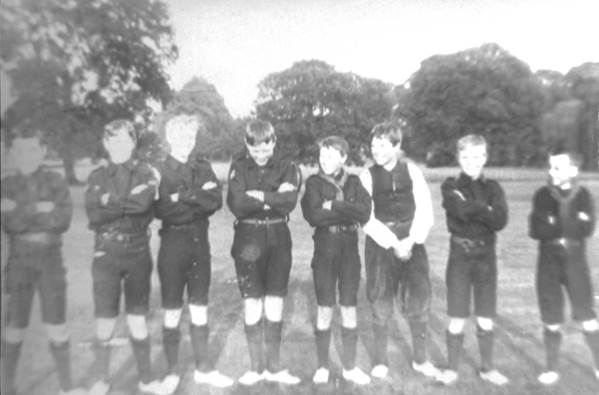 Scouts in the grounds of Market Lavington Manor in 1914

This is certainly not the best photo you ever saw but here we have the earliest known photo of Market Lavington Scouts. The tall fair haired lad, third from left is the only one we have named. He’s Jim Phillips who, later, became groom to the Awdry family. We have no further information about him.

As ever, we’d love to know more. Do get in touch with any scouting information from Market Lavington or Easterton.