Today we look at an item which will not be familiar to people much younger than 60 yet it will bring back memories for the older generation.

Inkwells date from the days of dip in pens and for many of that older generation, their first experience of using a pen was a dip in pen.

Sybil Perry, former pupil AND teacher at Market Lavington school certainly remembered them – they feature in her hand written and drawn memories. In a spoken tape Sybil made she reported that she felt very grown up when she was first allowed to use a pen like these. 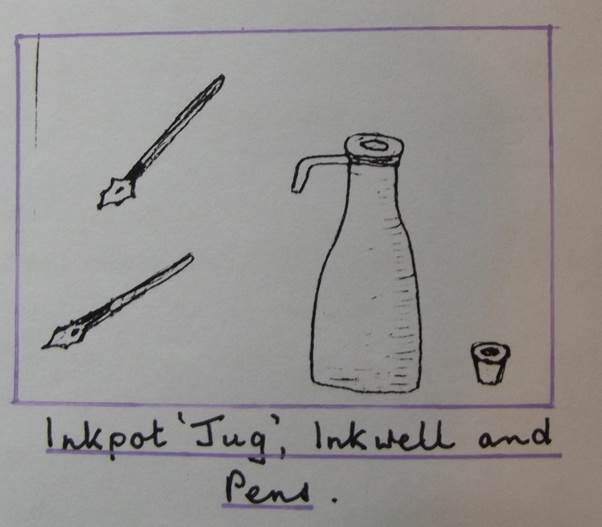 A drawing by Sybil Perry

Her drawing shows a couple of pens which were dipped in the ink put in the well and then used until the ink held on the nib had been used and it was time to dip again. Sybil shows a school room inkwell but there were also domestic or office wells for desks which didn’t have special holes to put them in and that’s what we have at the museum. 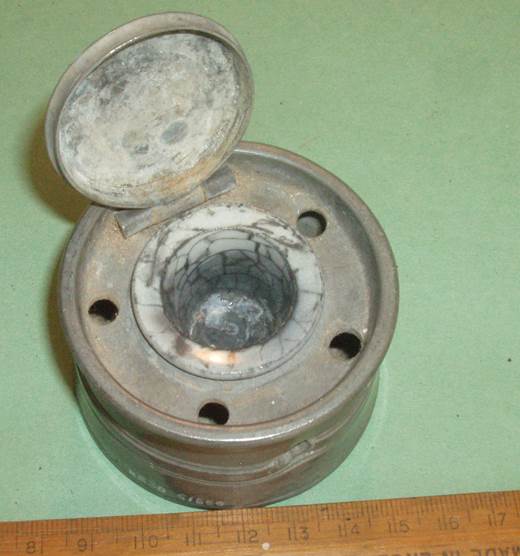 An inkwell at Market Lavington Museum

This is placed against a centimetre scale so you can gauge the size.

In this case the well is mounted in a pewter drum and has four holes in which pens could be put. A lid can be shut down over the well to reduce evaporation when the ink was not in use.