Market Lavington has been very lucky to have a resident professional photographer from the 1880s. The first of these was Alfred Burgess who set up his Market Lavington studio in 1886.

He took studio portraits – we have many in the museum – and also went out and about taking other photos. He produced many postcards and also took more formal location shots such as the one of the band below. 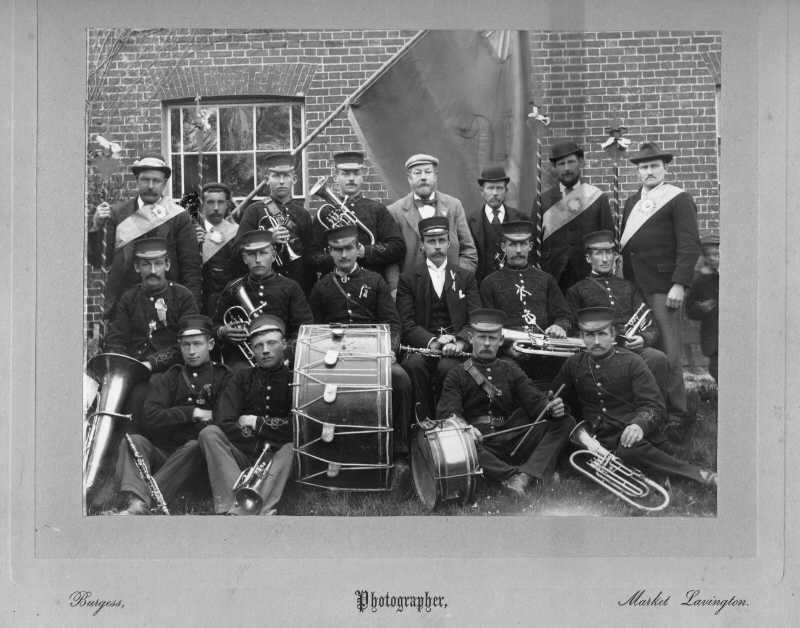 Can you identify this band? Photo by Alfred Burgess of Market Lavington

This photo was given to the museum a couple of years ago. It clearly has a Market Lavington connection for it was taken by Burgess. However, that doesn’t mean that this is a photo of Market Lavington Band. In fact, comparison with other photos we have of our village band tells us that this is not ‘our’ band. We do not know which band it was, nor where it was taken, nor precisely when. Can you help us to identify this band? It was probably taken fairly close to Market Lavington for Mr Burgess operated on foot or bicycle.

The clues in the photo are limited, but maybe you recognise one of the bandsmen, or maybe the location or even the rather plain flag being held.

Do contact the curator if you can tell us anything about this photo.