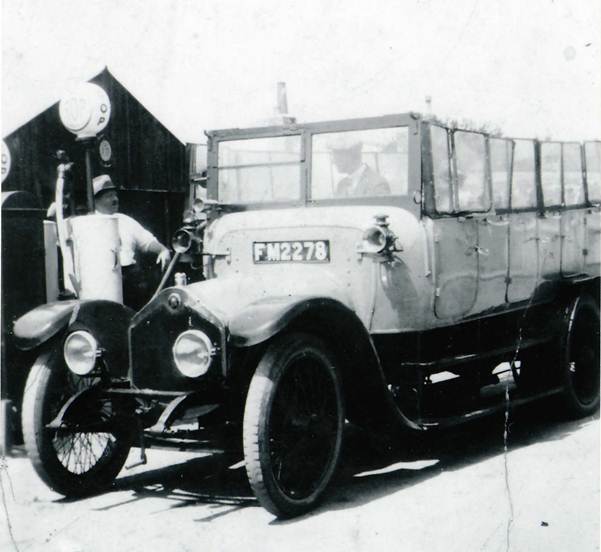 This picture has recently arrived at Market Lavington Museum. The man on the left, leaning on the petrol pump is Mr Andrew Poolman. We don’t know much about him, but in 1914 he married Rose Polden who ran a dress making business on Parsonage Lane. The couple lived on White Street and are remembered by one of the village’s oldest inhabitants.

We do not recognise the location in the photo or the bus so perhaps it was taken in the Warminster area.