Annie Merritt – but where?

This little photo has a very basic caption on the back. 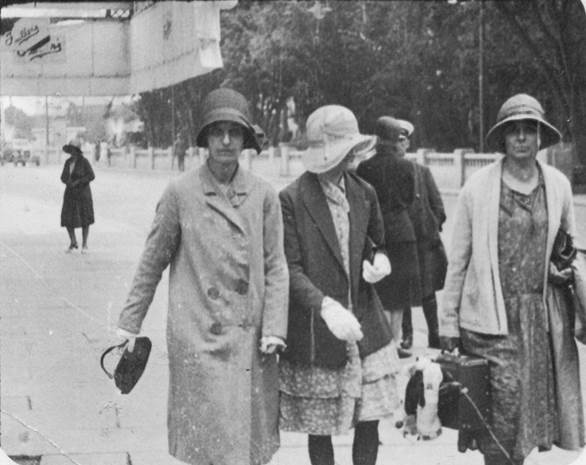 Annie Merritt, unknown and Mrs Tucker – but where?

The caption tells us that Annie Merritt is on the left and Mrs Tucker on the right. The younger lady in the middle is not known

Annie was the wife of John Hampton Merritt, well known in the village as the bandmaster. They ran the cycle store on Church Street and had married back in 1890. Annie had been a Devizes lass – Annie Louisa Wiltshire. We guess the photo dates from the 1920s.

We think Mrs Tucker was Minnie Tucker of White Street in Market Lavington but we can’t be certain of that.

And as to the location – we have no idea. Maybe someone out in blogland can help us.