Yes, we have many charabanc photos at Market Lavington Museum. This one doesn’t have enough information to let us know the location. Such photos were often taken in Salisbury. We believe this photo was taken in Wiltshire’s cathedral city. The year given is 1923. We now think it may have been a few years later. 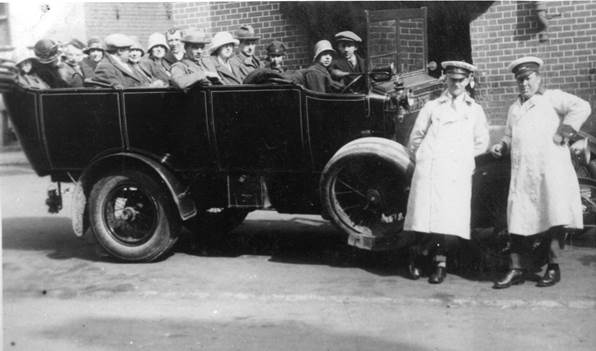 Charabanc trip from Market Lavington – at Salisbury in the 1920s

The information we have is that the driver was ‘Tubby’ Cooper. There look to be two crew members by the bus. It is only a guess that the rather more portly gentleman on the right is ‘Tubby’. 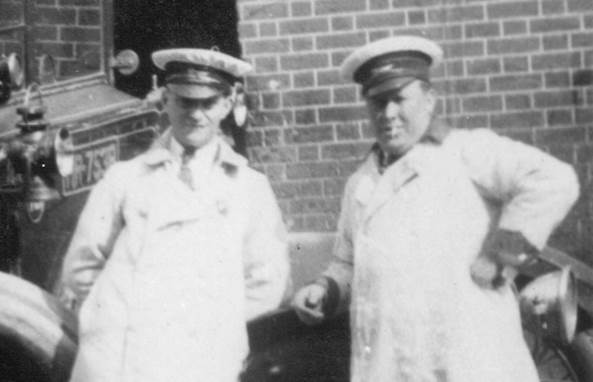 The driver was ‘Tubby’ Cooper

Our information also tells us that passengers on the bus include Mr and Mrs Harry King Junior. Again we can only guess that they might be the couple sitting in the front row. But Henry King Junior was born in 1905. It is possible, but unlikely that he was married by 1923. Oh for better annotation! 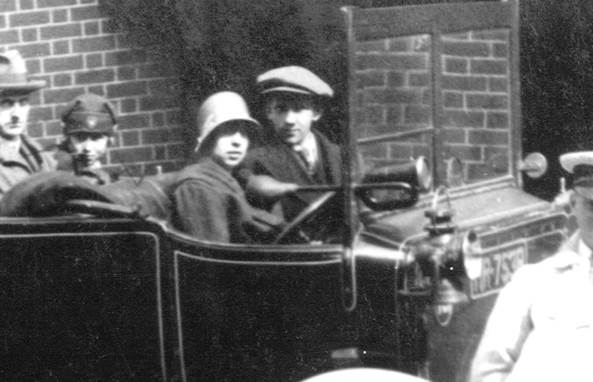 Is this couple Mr and Mrs Harry King junior?

Maybe other passengers can be recognised as well. Do let us know.