There’s no doubt that the Gye and Welch families have had a big impact on our museum. This is not surprising since Peggy Gye, (née Welch) was our founder and she had access to many artefacts from her family and also from that of her husband. A photo album we have, however, came from quite another source. It’s a Gye album and even Peggy’s widower, Tom, can’t identify all of the people in it. But here’s one he can 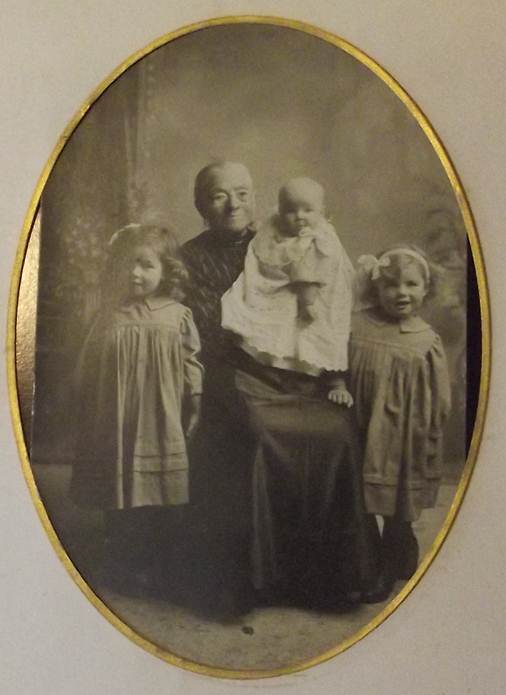 This is Mary Ann Gye with the granddaughters, Mollie, Ella and Ena Gye

By 1861 Mary Ann was a dressmaker. She lived with father, who was now a widower in the Fiddington area which was then a part of West Lavington.

She married James Gye towards the end of 1861.

Amongst her children was Joseph Edward (Ted) Gye born about 1883. He married Lucretia Redstone, a teacher at Easterton School and the three young girls in the photo are their children. Ella, the oldest of the three was born in about 1910. Mollie was born in 1911 and Ena in 1914.

So that dates the photo nicely at around the end of 1914.