Hospital weeks were very much the time for fun and games. Back in the 1920s we really were without mass entertainment. Television was still in the future. Limited wireless broadcasts began in the UK in 1922. So the 1920s were very much a time for self-produced entertainment – when leisure time allowed. No wonder the Hospital Weeks were times to let your hair down and have a bit of a laugh.

This merry crew are lining up outside The Grange in Easterton which is behind the hedge on the left. 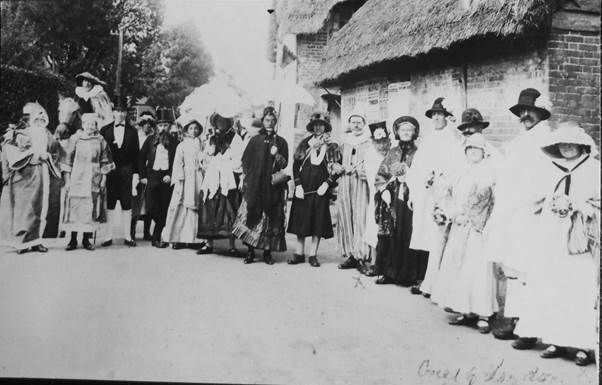 A 1920s Hospital Week line up in Easterton

Hospital weeks took place in the summer, but the person at the extreme left certainly has a look of the now seasonal Father Christmas. 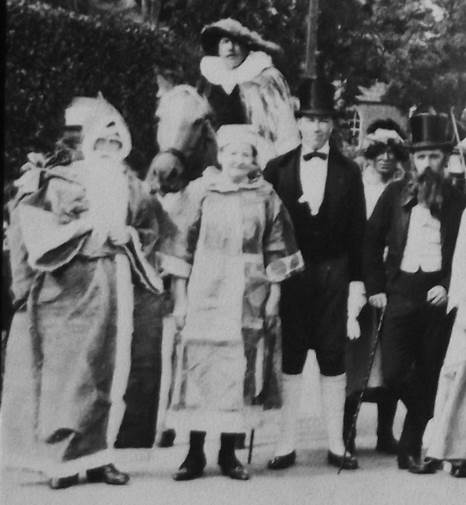 Father Christmas seems to have come early that year.

Cross dressing, costumes and false hair make it hard to recognise any of the participants. 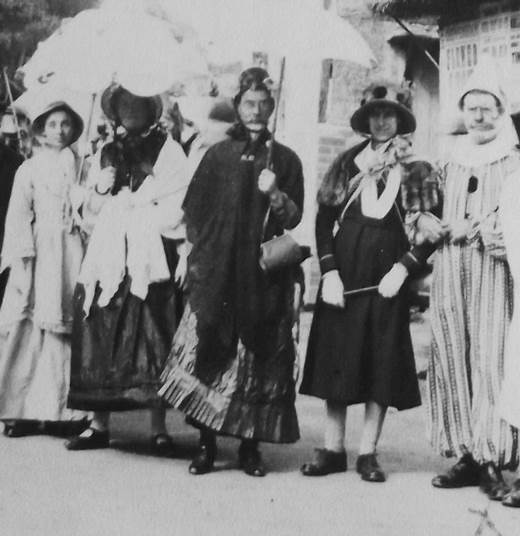 More people in that line up – one with a cross beneath his feet.

The person on the right of this group is marked with a cross. 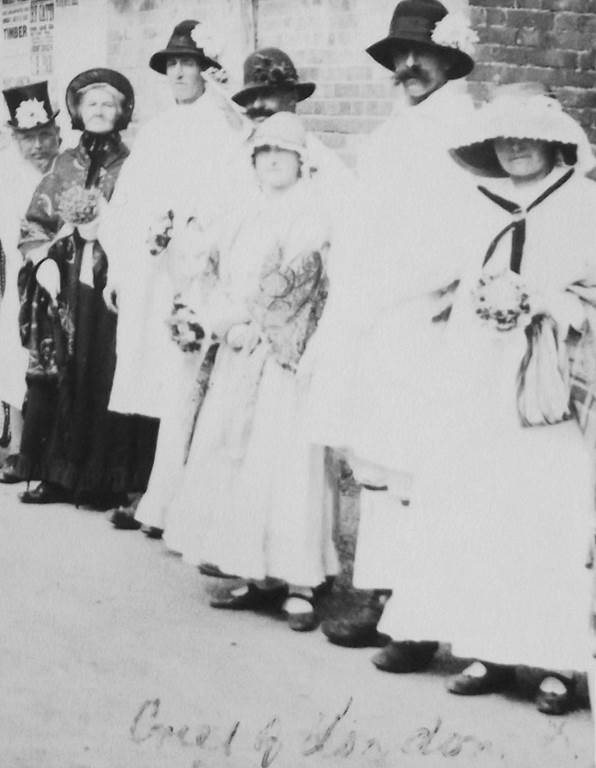 Is the person with the cross ‘Greet’ of London?

Does ‘Greet of London’ explain the cross?

Hospital weeks always look as though they were fun – but in those pre National Health Service days it was fun with an underlying purpose of providing some healthcare for those in need.

It is always good to report that there is still a good community spirit in our communities.