We had a couple of these, so why not a third. Artistic folk always reckon a collection of three looks better than a pair. This one was given to us by a former resident of the village who has the sad job of clearing his deceased parents’ home – a home in Market Lavington. 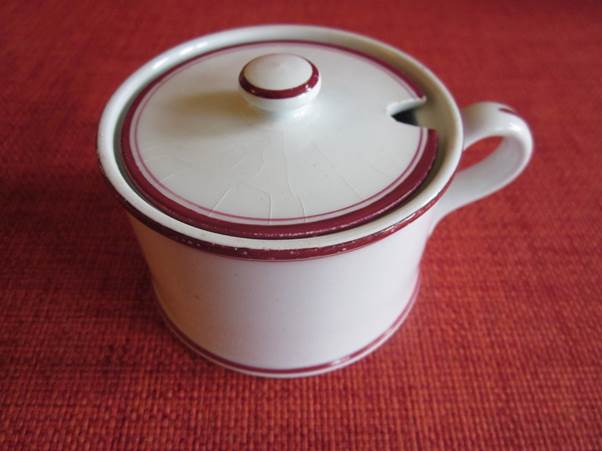 This is, of course, Workman’s Hall China. 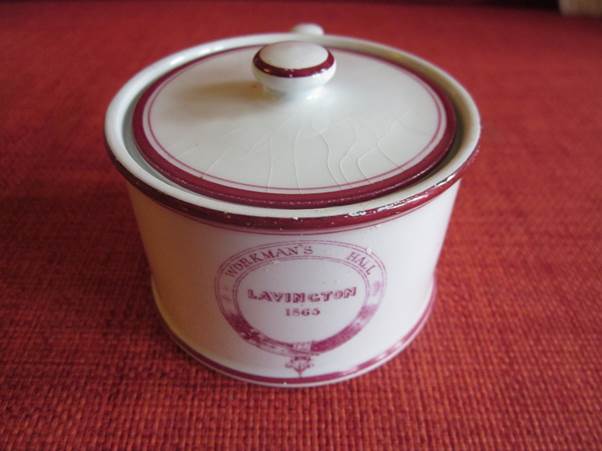 When we last featured some of this china we commented that it was almost 150 years old. Now we can report that it has passed that milestone. This pot and all the other pieces we have were made and dated 1865 so they are now 151. 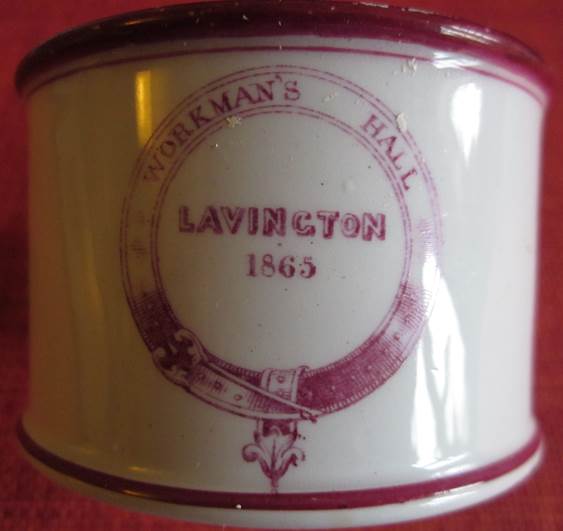 The Workman’s Hall was a temperance hall and offered people a chance to have a meal and maybe a game with just soft drinks. Many folks took advantage of this establishment, noting its proximity, when built, to The Bell Inn and The Green Dragon. Those requiring alcoholic refreshment could nip out and have a drink very easily. It is doubtful as to whether the hall actually did much for the temperance cause.

But they did produce crockery which has lasted well. And like this mustard pot, items of the set are still finding their way to our village museum.

Thanks to Adrian for bringing us this and other items.