Another view from the Racquets Court

When the Racquets Court was shrouded in scaffolding in 1972, the opportunity was taken to shoot some different views over the village and we look at another of those photos today. 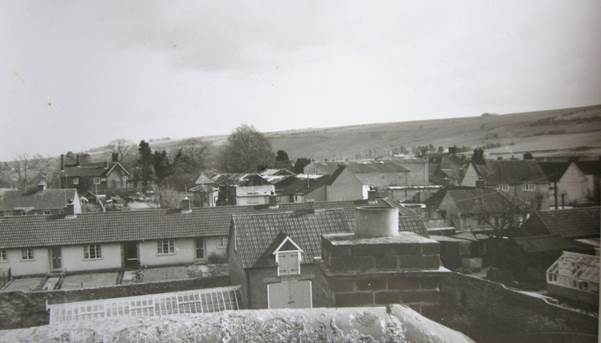 A view from the Racquets Court, Market Lavington

It can be hard to get bearings in these shots from a high location so let’s point out some landmarks.

The row of white walled bungalows is on the street out of the back of Market Place. Beyond them we can see the former Vicarage which is now the nursing home. 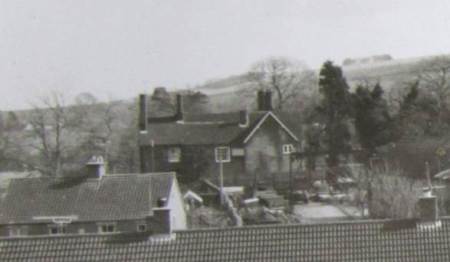 The cottages between the bungalows and the old Vicarage are on the Terrace, Northbrook.

It is the area just to the right of this which is most interesting – for it is utterly changed.

The buildings of Wiltshire Agricultural Engineering

We are now looking where Rochelle Court stands now. Back in 1972 it was the buildings of the Agricultural Engineers and before that it had been Fred Sayer’s bus yard. 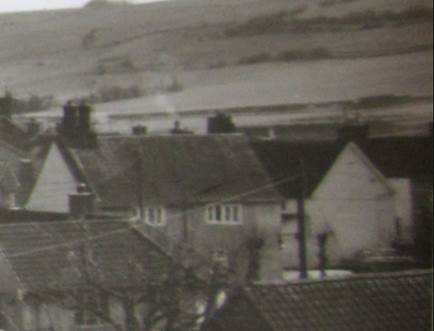 The house facing us here is The Market House, still extant and still being renovated in 2013. To the right of it was the car park for the engineers. The white gable end was then the first house on High Street – where Harry Hobbs had his shop – later The Midland Bank and now just a private house.

The backdrop to the photo is Salisbury Plain, towards Easterton and Urchfont.