Arthur Horton and a Fiat car

Another photo with quite a degree of unknown about it has been sent us by Zia. This photo shows a car and some people in what appear to be garage surroundings. 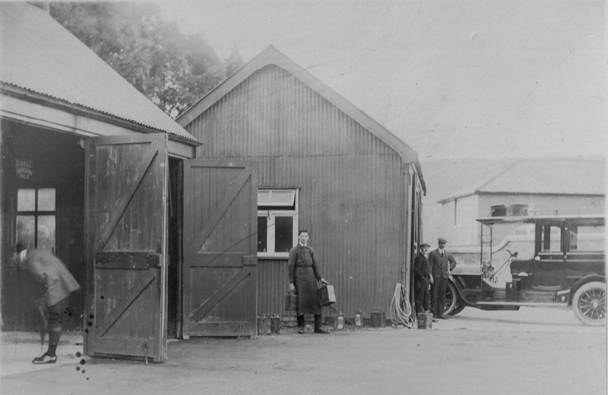 Arthur Horton and a Fiat car – but where and when?

Apparently, the back of the photo says the car is a FIAT and one of the two men standing by the car is Arthur Horton – Zia’s grandfather.

Arthur was chauffeur to Charles Awdry who owned Market Lavington Manor. But Charles’s tenure at the manor house was short. He died in 1912 and Zia thinks this photo dates from 1915.

In 1911 Arthur lived at Littleton Panell. The Market Lavington manor estate included properties there so we’d guess Arthur and family had one of them.

But where was this photo taken? It looks as though it may have been a commercial garage, partly because there is an advert above the man who appears to be peering into a building.

There are also a remarkable number of petrol cans about the place.

Can anyone identify the location?