Much can be discovered from bill heads and letter heads and here is something we only knew about when we were given the opportunity to copy a collection of such bill and letter heads recently. It concerns the activities of Arthur Walton.

We knew of Arthur as the owner of the Lavington Supply Stores. This was Market Lavington’s very own department store, with a separate branch in Easterton and another at Pewsey.

We did not know of Arthur Walton, the poultry farmer which this letter head shows. It was sent on February 19th 1915. 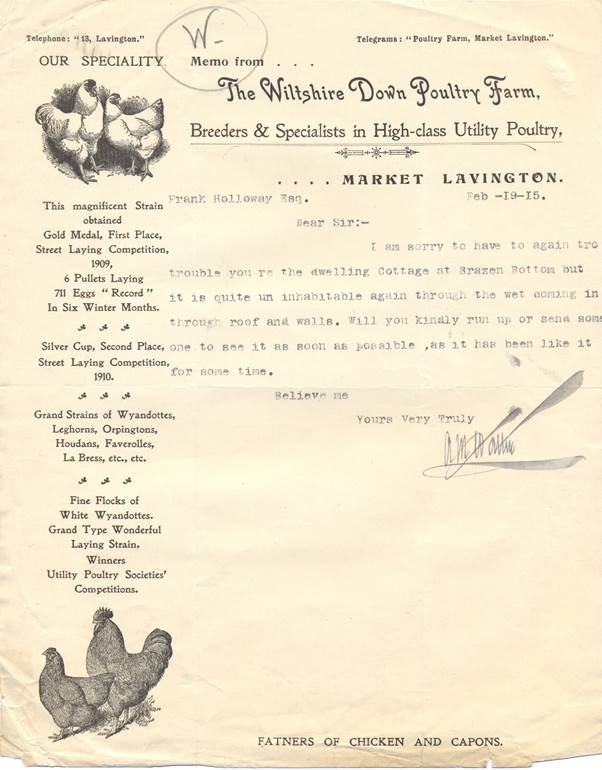 Letter from Wiltshire Down Poultry Farm signed by Arthur Walton

The Wiltshire Down Poultry Farm seemingly shares its phone number with Mr Walton’s shop and this letter is signed A M Walton. He must have been renting a property from Mr Holloway at West Lavington. Arthur is having a gripe about the state of the building – presumably where his poultry man lived. 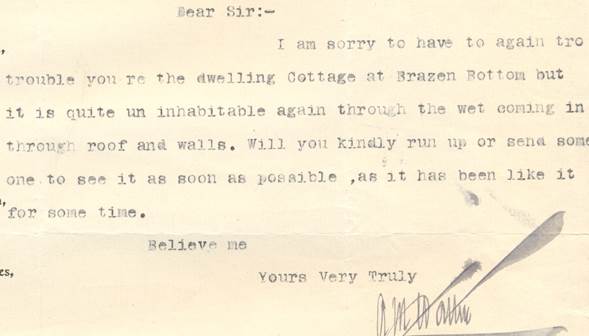 The letter is about the cottage at Brazen Bottom

Brazen Bottom was one of the hill farms. Much of it still exists, but it is under military occupation now