We know that Arthur Walton had quite a large business empire, including the department store in Market Lavington, the shop at Easterton, premises in Pewsey and even a poultry farm. But we can still learn.

The other day this photo dropped into our inbox. What a gem. 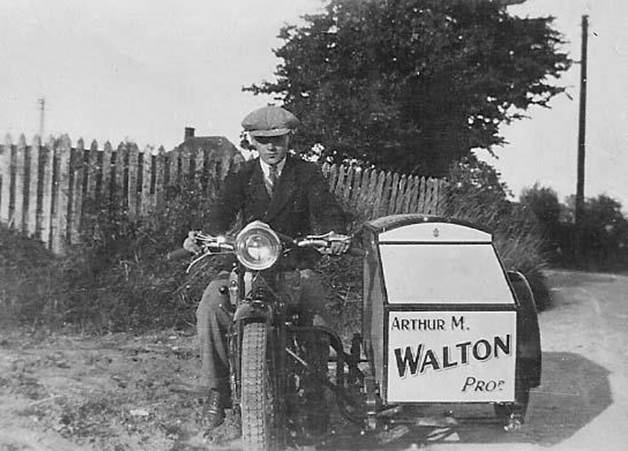 This is Lionel Frank Knight who was Mr Walton’s grocery delivery man in about 1930.

Lionel was a resident of Great Cheverell and, apparently this was his first job. We’d imagine other young men were quite envious of him, being able to tour the locality making deliveries on a motorbike. Quite a job!

We think this picture might have been taken in Cheverell.

Thanks to Karen for sending us this photo.