Many people don’t realise that there is a manor house in Market Lavington. It is strangely out of the way, almost on the boundary with neighbouring West Lavington. Even though it only dates from the 1860s, it was a time before the present network of surfaced roads was created. We might see entrances to the manor from Market Lavington as little more than footpaths but back then, that was what roads were like. In fact a rather grand carriage drive was built from Bouverie Lodge (now under repair after the appalling fire) down to the manor.

In the 1930s the manor became a boarding house for Dauntsey’s School. The main part of that establishment was and is in West Lavington. A footpath was created to make an easier walk for the boys (it was all boys in those days). This footpath goes down into two stream valleys and has flights of steps. It was constructed by a Mr Potter and some still refer to the route – which is not a public right of way – as Potter’s Steps. The old back entrance to the manor, on the A360 road became the main vehicular access and this provided a close link with the Lavington Railway Station. The manor became associated with West Lavington.

So, today we are looking at a Dauntsey’s School photo which dates from the 1930s.

The steep bank, below the Manor made an ideal place for a group photo like this, with boys towering up above boys whilst men sat, comfortably, on chairs on the flat ground at the bottom. Altogether, there are some 220 people in the photograph.

The location is made 100% certain by the presence of the famed balustrade above the boys. 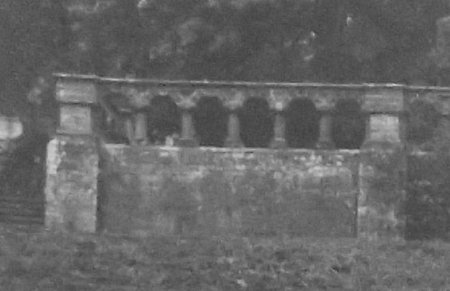 This balustrade was the one designed by William Box for the manor, and subsequently used by him at his own house, leading to a legal dispute between Box and the Manor owner – Edward Pleydell Bouverie.

We do not know anyone in the picture. Many would have been temporary schoolboy residents. It would need something amazing for anyone to identify people in the little, blog sized photo of all 220 people, but here’s an enlargement of some of the men and boys. The photo itself is of good quality. 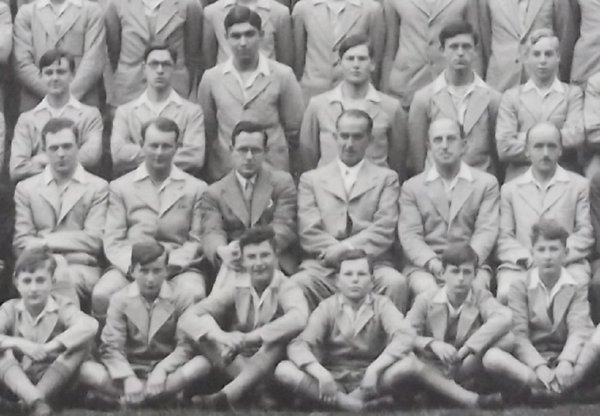 Close up on some of the boys and staff

Do get in touch if you know any of these people, and perhaps a visitor to the museum will identify more.