At the 1994 Victorian Evening

Back in 1994, the Village Festival was quite a grand affair with all sorts of events. One was an evening of Victorian entertainment which was held in the old Parish Room in Market Lavington. We have reached the stage now where many residents won’t recognise the term Parish Room and won’t know where it was, so I ask them to imagine a large wooden hut, parallel with the road where the entrance to the nursing home is now. Here we see some of the audience, presumably during an interval or maybe before proceedings began. 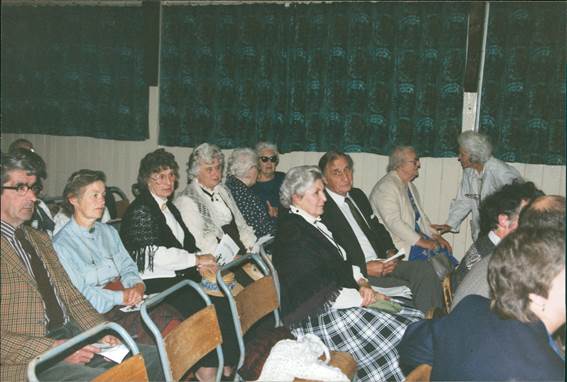 Some of the audience at the 1994 Victorian Evening

There are many stalwarts of the village there, but we’ll pick on two of them first. 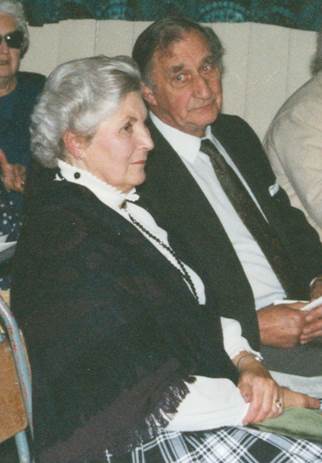 Here we see Mary and Harry Greening. Harry was the founder headmaster of Lavington School. He saw it change from a secondary modern school to a comprehensive and pioneered the Dauntsey link which saw some sharing of staff between Lavington – the state school and Dauntsey’s School which was private. The link also enabled local students to take a place in the sixth form at Dauntsey’s, paid for by county. Harry really was a pioneering chap who took his leisure, after his cricketing days, tending the lovely garden at the cottage just below the church.

Mary was an arts and crafts lady. There seemed to be nothing she couldn’t turn a hand to. When the WI or other local groups needed anything in that line then Mary was there to oblige. Both she and Harry entered the produce show which was revived as a part of the village festival. Both are still much missed in the parish.

A third person we’ll look at doesn’t actually live in Market Lavington. But she was at this event and sitting just behind Mary and Harry. 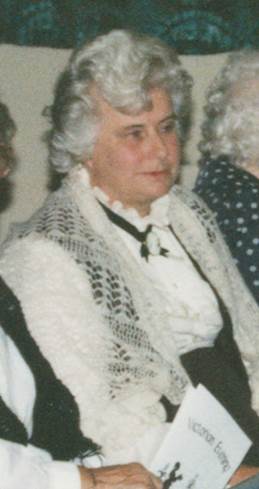 This is Polly and although not a Lavingtonian, she was well known in the village. For many years she was the librarian who looked after our village library. She knew – and still does – all her regular customers from 30 or 40 years ago and we still see Polly at village events from time to time.

Apologies to other people in the photo, unnamed and unmentioned. We are fairly sure we know some of the others but if anyone can come up with names we’d be pleased to hear from them.