It’s 100 and a bit years ago – we are not certain if it is 1913 or 14. All is right with a world and life goes on as it has since time immemorial. Well that may have been the way that the well-off saw things and we capture some of this atmosphere in photos taken at Market Lavington’s cricket ground in one of the last summers before the Great War changed everything.

The photo originals belonged to the Awdry family. Charles Awdry had owned the Manor and estate but he had died in 1912. Charles, like many of his family, was a cricket enthusiast and the Market Lavington ground was made very classy by him. It had a pavilion which could have graced a county ground but it never ran to stands for spectators. They occupied benches and deck chairs.

This photo – we do not know who the people are – captures the rather gentile life style of these privileged (by money) people. There was time to sit and enjoy the sunshine and the company of a handsome young cricketer. 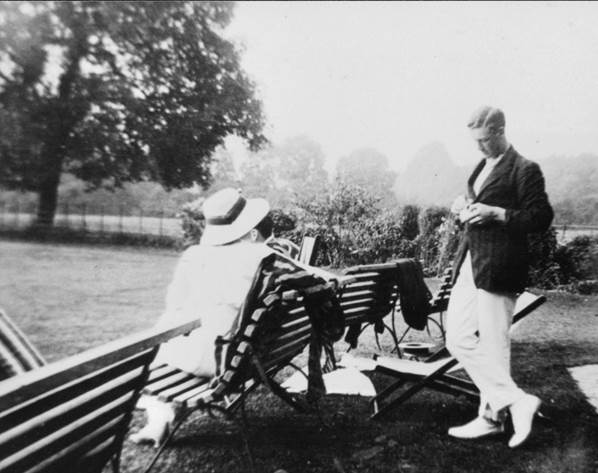 Another group are fairly obviously not watching cricket. The women wear the large hats that were fashionable in that era but also have umbrellas or sun shades. The building was the Market Lavington cricket pavilion. 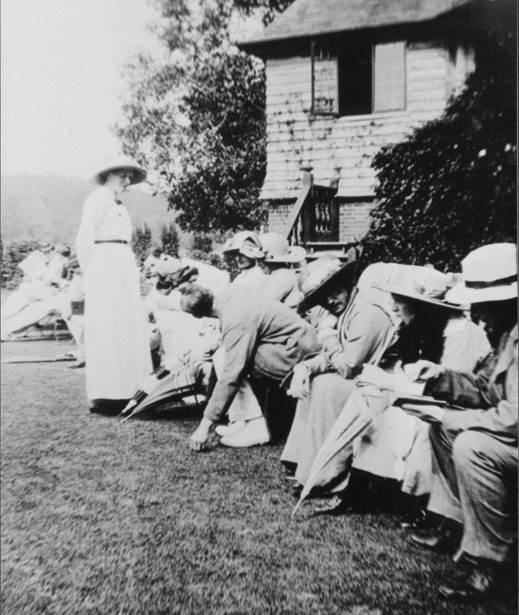 People may not have had much interest in the cricket but it was a social event at which to be seen.

Lavington School was built on the cricket field and for many years the school caretaker lived in the pavilion. The little estate called Pavilion Gardens now occupies the site.