Keeping with the theme of lost pubs, today we feature the crossroads in the middle of Market Lavington. In times past people called this Lamb Corner the reason being that there was a pub called The Lamb sited there. This goes back to the early years of great grandfathers for anyone living now so is well outside living memory but we believe it may have occupied the site where St Arbucks, the community coffee shop is now.

Our photo of the crossroads is much more recent. 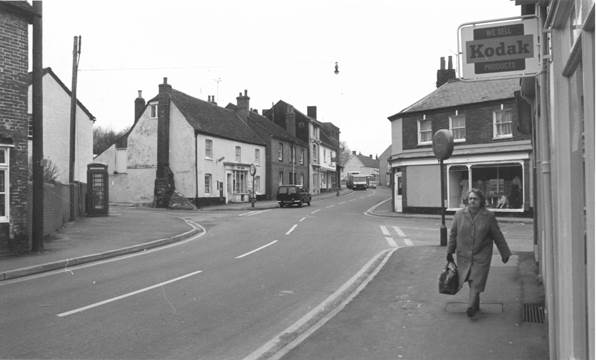 We wish we could read the registration on the van to help give a date, but we think it is from the early to mid 1970s.

Peter Francis had the photography shop on the right, advertising Kodak products. Maybe somebody will recognise the lady there.

Behind her, the shop window where the hairdresser is now looks to be in the era of Mrs Saunders having the shop. 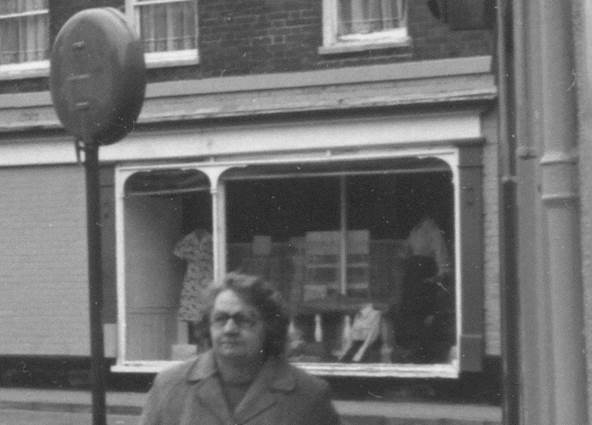 Could be when Mrs Saunders had this shop 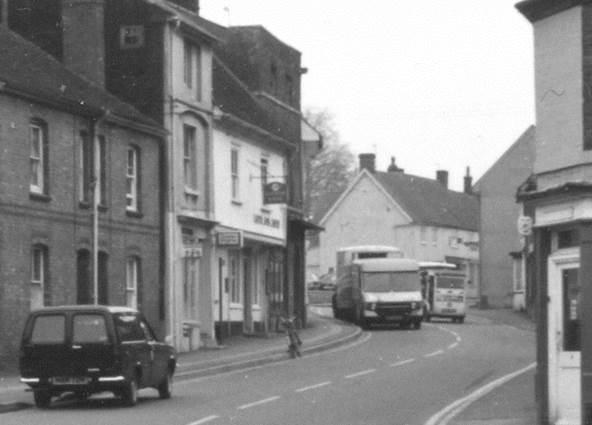 We can also see that the village had two banks – Lloyds this side of the Market Place and the Midland Bank beyond the milk float.

One of the things that is long gone is the lamp hanging over the middle of the crossroads. 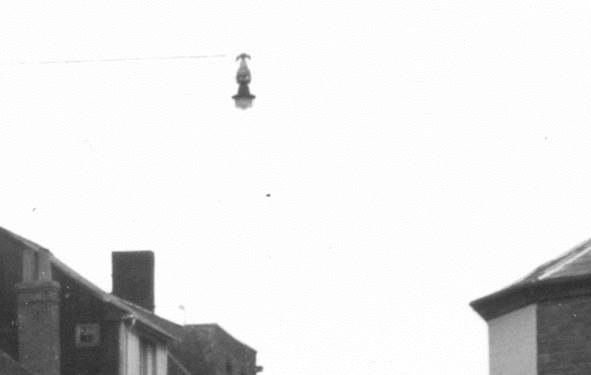 It looks like a magic lantern floating over the crossroads

It was suspended from a taut wire which is all but invisible in this photo.

It is surprising to many of us how quickly the past slips into history. The basic framework of the street remains the same but much of the detail has changed since this photo was taken.