At the Royal Oak, Easterton

The pub at Easterton is The Royal Oak. In the past, there was another known as The Cow but for many a year now, the Oak has reigned supreme. 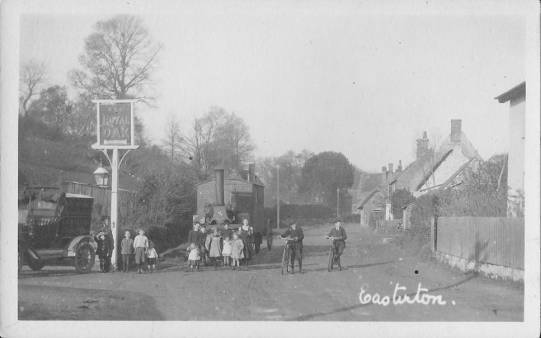 A steam roller outside the Royal Oak, Easterton - a photo at Market Lavington Museum

The photo today shows its location and pub sign on Easterton Street at the foot of Oak Lane. It also shows a steam roller. No doubt the crew had stopped for a breather and the Easterton stream would have given them the opportunity to replenish the boiler.

Judging by the logo on the loco, it is an Aveling and Porter engine. And judging by the delivery van to the left of the pub sign we could be in the 1920s here – or possibly earlier. 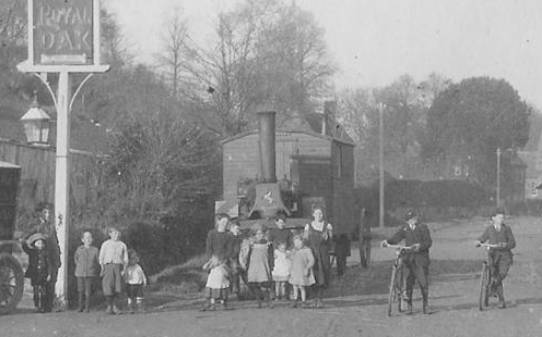 Children make sure they get in the picture

Local youngsters are out in force to make sure they get included in the photo. And as usual, we’ll ask for help in identifying any of them.