Vicarage Farm is in Easterton. It is on Vicarage Lane and is more or less opposite the former Vicarage which is now known as Easterton House. It is one of many small farms which once flourished on the sands in both Market Lavington and Easterton. These days they’d be deemed too small to offer a living, but in times past these farms supported families tolerably well.

Vicarage Farm was, for much of the twentieth century, owned and farmed by a branch of the Merritt family. Perhaps our best known local Merritt was John who was master of the Market Lavington Prize band for more than 60 years. But he had relatives throughout the area, and further afield and one of them, James Merritt acquired Vicarage Farm. Perhaps he took the photo because it is his wife, Elizabeth we see in the photo outside the house. 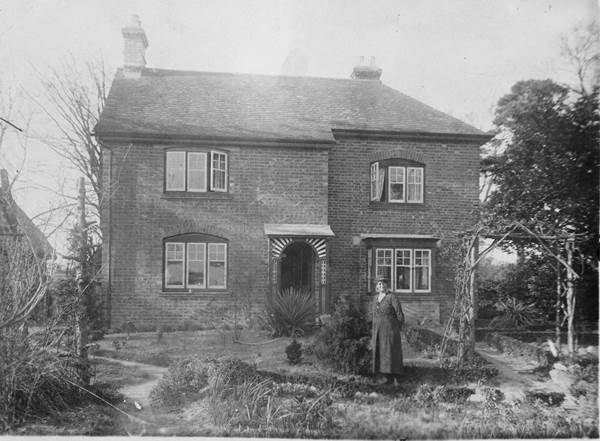 Elizabeth and James married locally in 1910 but Elizabeth (née Fitch) was a Londoner by birth and spent her childhood in the Paddington area. It must have been a real shock to the system when her dad got a job as coachman at Market Lavington Manor and the family moved out to the country. But she settled and the photo suggests she was happy in her lot as a farmer’s wife.

James and Elizabeth are buried in Easterton churchyard. 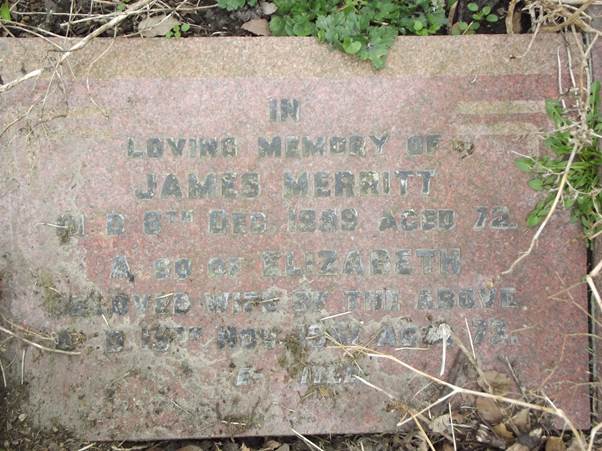