Aunty May with Granny Potter

That is what is written on the back of a photo we have at Market Lavington Museum, which was given to us by folks in Canada. 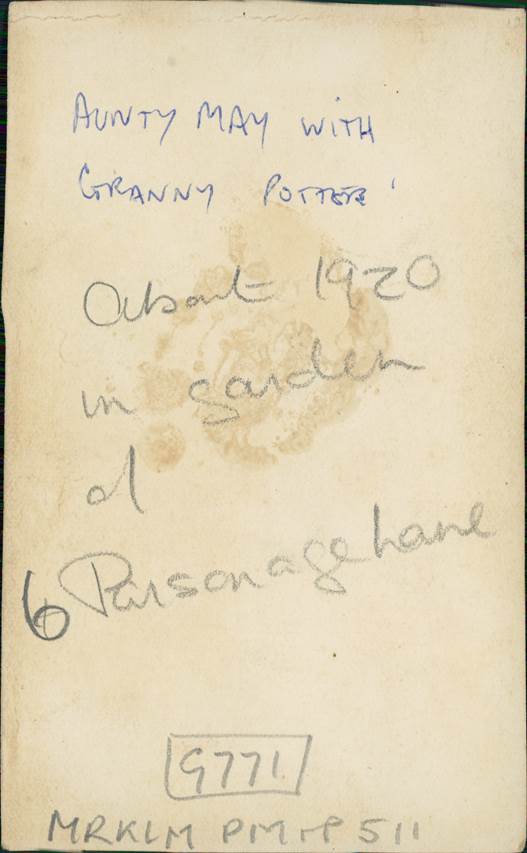 Added to that we have a rough date of 1920 and a location, which is the garden at 6 Parsonage Lane.

Now the front of the photo. 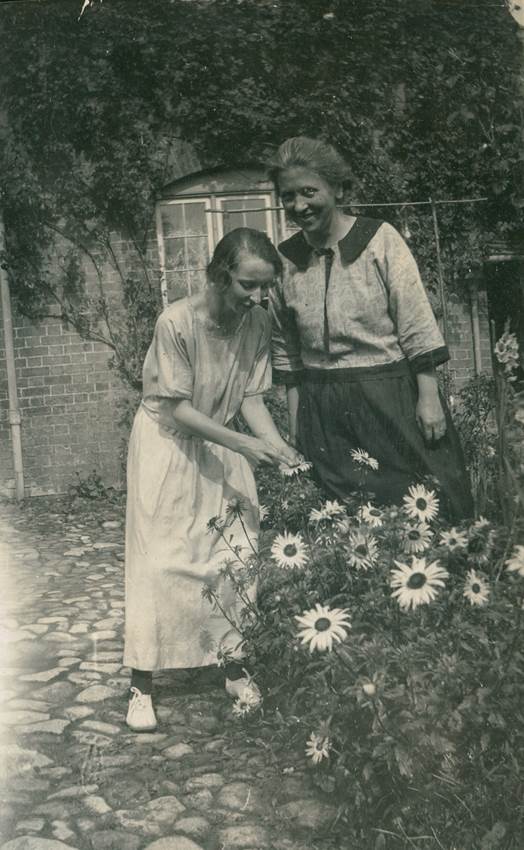 Aunty May – her full name was Helena May Potter – is fairly instantly recognisable as one of the mainstays of the village for many a year.

She was an established infant teacher by the time she married in 1929. Her husband was Bill Elisha and she became the legend that was Mrs Elisha. But here we see her with her mother, Mary Ann Potter. Mary Ann was born Mary Ann Pike but as far as we know she was not in any way closely related to another village stalwart of the era, George Pike. According to the census of 1911 Mary Ann may have come from Milton near Pewsey. We are a tad uncertain about her family history though. 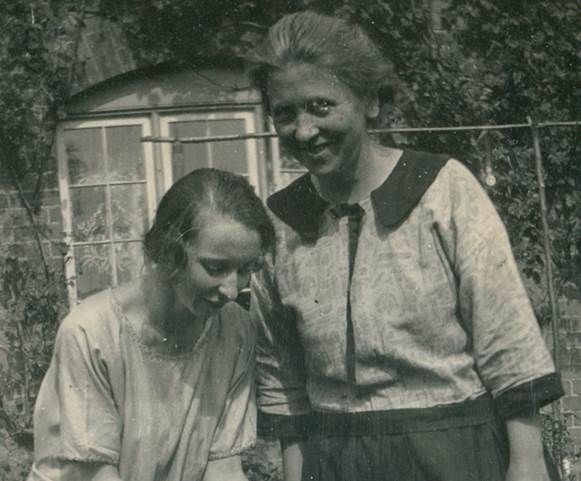 Close up on the ladies