Remember the old red driving licence? What pleasant documents they were, in some cases with quite a lot of history in them. This one belonged to Barbara Reynolds. 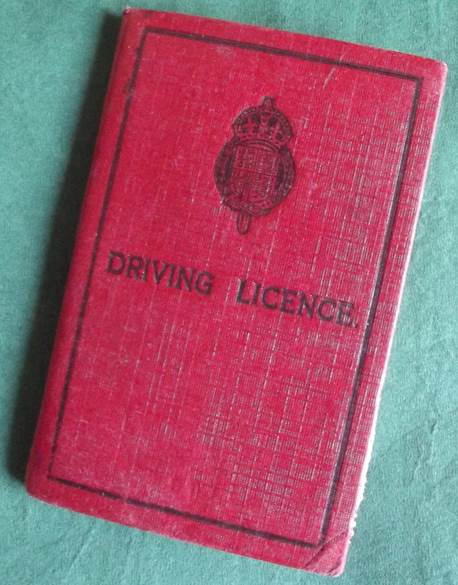 This driving licence belonged to Barbara Reynolds of Market Lavington

Inside, with frequent renewals needed in the past, is a sort of history for Barbara in the form of glued in sheets of paper. 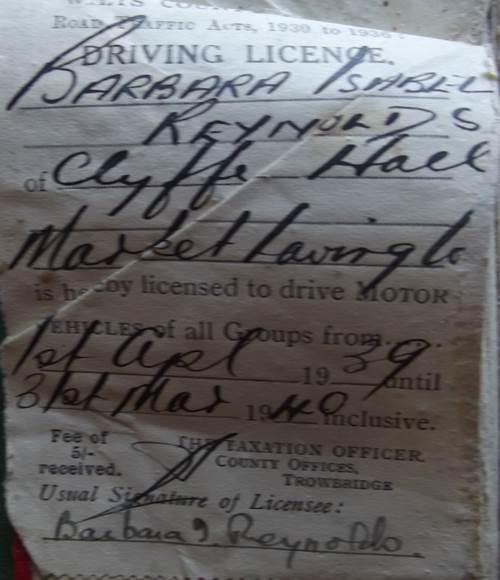 This is the first page showing Barbara at Clyffe Hall

This page, for example, tells us that Barbara lived at Clyffe Hall, Market Lavington in 1939. 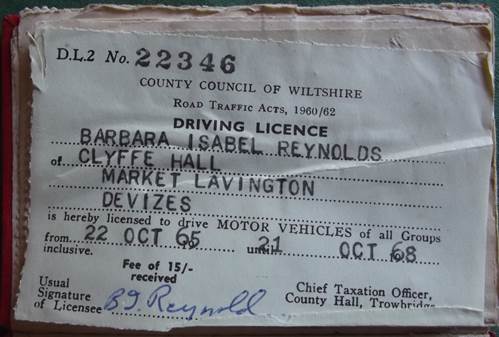 And this page tells us she was still there in 1965 – you can see that there is a large collection of these stuck in pages which go back to the time before the Reynolds moved to Wiltshire.

The photo of Barbara is of stunningly good quality, being a passport sized original.

The blue mark is the official stamp and we can see that the photo is fastened in place with a staple.

Barbara was born Barbara Isabel Marsden in 1907 so we can find her on the 1911 census. She lived at 45 Parsonage Lane, Heaton Chapel in Cheshire. Her father was a tea agent and like his wife, was originally a Londoner.  In 1911 Barbara was the youngest of three surviving daughters. The oldest had been born in the Bristol area, before the family moved to the Stockport area.

It was in 1936 that Barbara married Stewart Reynolds. The young couple purchased Clyffe Hall in 1938 and the long association with Market Lavington began.