This button was found in a garden at the Easterton end of Market Lavington High Street.

At first sight it appears to say BELL on it but the two end letters are not the same so we put our thinking caps on and believe it says BETL – Bath Electric Tramways Limited.

The back has a button manufacturers name on it. 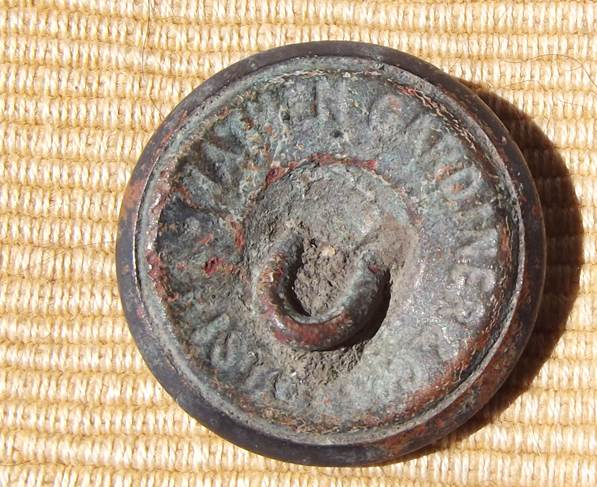 Made by Wathen Gardiner and Co

The button was made by Wathen Gardiner and Co.

It definitely is a Bath Electric Tramways Ltd button.

Fred Sayer, who became the owner of Lavington and Devizes Motor Services, had been a driver for Bath Electric Tramways who operated motor buses as well as trams. This button was actually found in a garden which the Sayer’s owned although we don’t think they lived there. Just maybe it was Fred who lost this button.

Take a look at the British Tramway Company Badges and Buttons site to see a good condition version of this button by clicking here.