The tradition amongst bee keepers is that you have to tell the bees the news. Here it is the other way around. An old picture of beehives is giving us some old news. 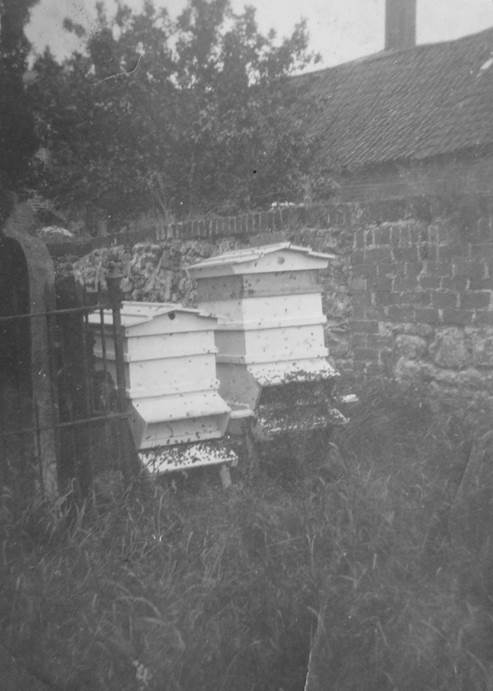 Let’s consider the hives first. There have been two main types used in Britain – the functional ‘National’ hive and the prettier ‘WBC’.  These have the look of the WBC which was named after its inventor, William Broughton Carr. These were photographed in 1920 in the garden behind what is now the fish and chip shop and Chinese takeaway opposite the Co-op. The hive on the right is clearly doing well for extra honey holding ‘supers’ have been added to cope with the produce.

The bees belonged to Mr Elisha. He was the father in law of Mrs Elisha the school teacher and he had the premises on the corner of High Street and Chapel Lane as his tailoring and haberdashery shop. As we can now realise, he was also an avid bee keeper

The buildings on the right of the photo were in the yard behind the butchers shop.

Now we’ll look at the odd bit of structure to the left of the hives. 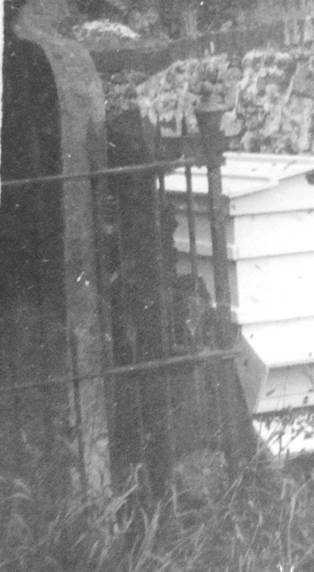 We published a list of chapel burials on this blog a couple of years ago. Click here to see it.